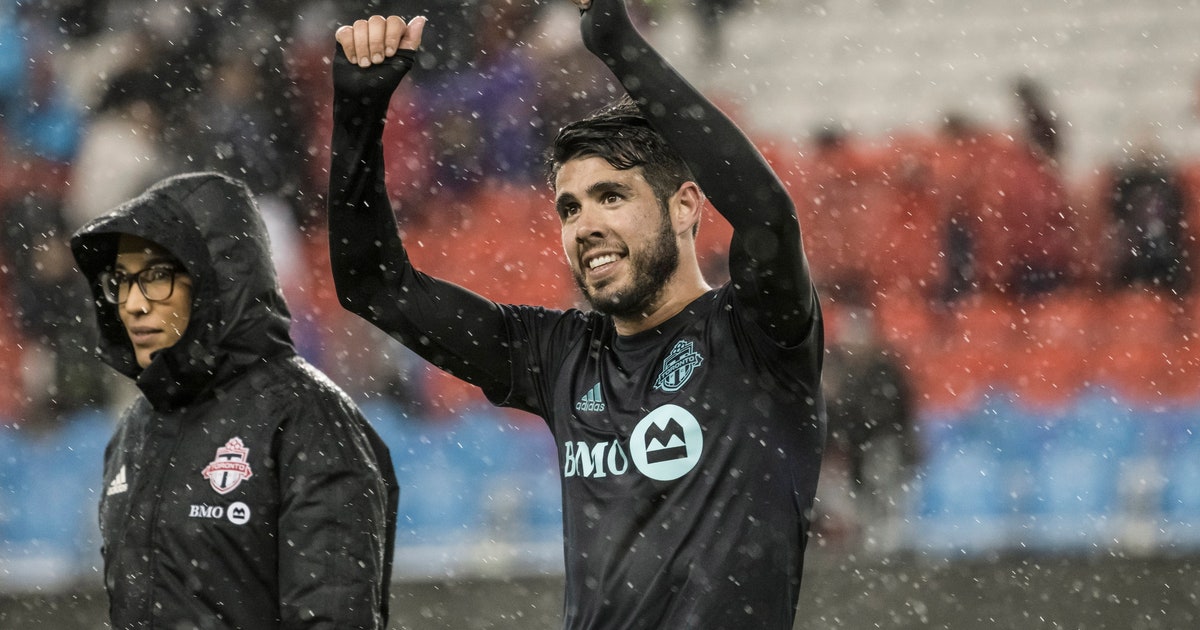 TORONTO (AP) — Substitute Jordan Hamilton scored in the 77th and 79th minutes to give Toronto FC a 4-3 comeback victory over Minnesota United on Friday night.

Hamilton converted a pass from Jonathan Osorio to tie it at 3, then put Toronto ahead on a header after Jozy Altidore chipped goalkeeper Vito Mannone. Alejandro Pozuelo also scored twice for Toronto (4-1-1).

Darwin Quintero scored twice for Minnesota (3-3-1), giving the Loons a 3-2 lead with the second on a penalty kick in the 70th minute. Angelo Rodriguez also scored for Minnesota.

Minnesota finished with nine men. Jan Gregus was sent off in the 89th for a dangerous scissors tackle on Pozuelo, and Francisco Calvo followed in the 91st after a second yellow card in two minutes.

Rusnák opened the scoring in the 42nd minute. Corey Baird blocked a clearance attempt, settled the loose ball and sent a shot off goalkeeper Spencer Richey’s chest, and Rusnák sent the rebound into the back of the net from the penalty spot. Rusnák capped the scoring on a penalty kick in the 59th after Jefferson Savarino was taken down at the edge of the 18-yard box.

Johnson scored in first-half stoppage time by finishing a three-shot sequence with a close-range sliding attempt.