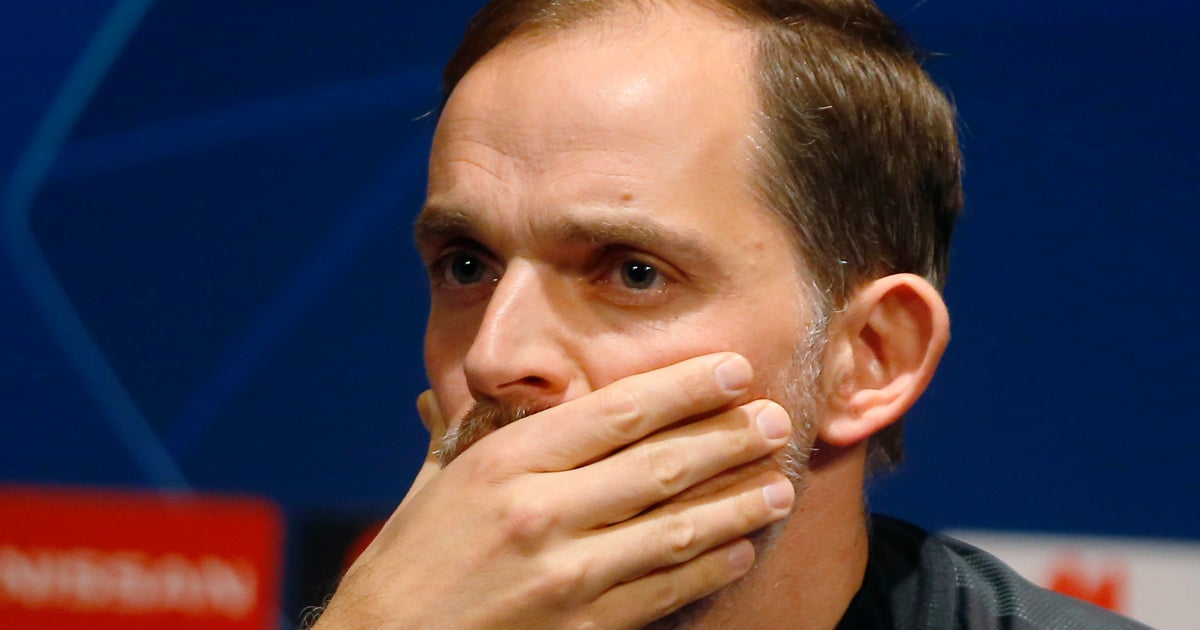 After dominating the French league, Paris Saint-Germain has suddenly gone on a bizarre run of bad form.

Considering how far ahead PSG has been all season, the French title should have been clinched by now.

Instead, the Champagne has stayed on ice three times. PSG has drawn once and lost twice, and let in its most goals over a three-game spell in more than 30 years.

Since drawing 2-2 at home to Strasbourg, PSG has lost 5-1 away to Lille and 3-2 at Nantes . Not since 1985, when PSG let in 11 in three games, has the defense leaked goals so badly. Lille handed PSG its heaviest defeat since Qatari owners QSI took over in 2011.

PSG’s German coach Thomas Tuchel has earned plaudits as much for his tactical innovations as for his light-hearted comments this season.

Even he’s not laughing now. After the Nantes defeat, Tuchel sounded in a sarcastic mood.

“We were happy not to lose 4-1,” he said. “We always defend the players if we feel they’re playing with a great mentality and a lot of hunger. But today, it’s just not possible.”

Those comments were fair given how poorly PSG played, particularly with a defense containing goalkeeper Gianluigi Buffon, and four international players.

Yet they were also somewhat surprising.

Because when striker Kylian Mbappe made similar remarks about a lack of character in the side following the rout at Lille, Tuchel adamantly contradicted him.

With PSG needing to beat Nantes to clinch the title, Mbappe was left out. This was even more surprising considering how Tuchel complained about an injury crisis beforehand. He was without eight players through injury and suspension yet France’s World Cup winner was not even on the bench.

Without him, PSG was toothless in attack against a modest Nantes side in 14th place.

“I don’t have to give an explanation,” he said. “A punishment? Stop with this science fiction. It’s not a punishment; it’s something which was decided between us.”

Mbappe should return for the home game against Monaco on Sunday, when PSG hopes to seal its eighth league title.

PSG is 17 points ahead of Lille, but can clinch it earlier Sunday if Lille does not win at Toulouse.

There was a strange moment during the second half against Nantes when TV cameras showed left back Layvin Kurzawa going over to the bench. With exasperation in his voice, the 13-cap France international questioned PSG’s tactics as an assistant coach tried to explain them to him.

His form has dropped sharply since the 3-1 home loss to Manchester United in the last 16 of the Champions League. Kehrer’s sloppy back pass led to Romelu Lukaku’s opening goal after just two minutes of that game, putting PSG immediately on the back foot.

Against Nantes, the Germany international was too easily bullied off the ball for the second goal. After the match, he walked off the field with his head down.

PSG could secure a domestic double by beating Rennes in the French Cup final on April 27.

Tuchel will be hoping to have a few players back for that game, including Neymar.

The Brazil star has resumed training after returning from a foot injury sustained in January .

He could be in contention, but Silva appears doubtful to face a Rennes side with one of the best forward lines in France.

‘They never had a chance’: Two police officers shot dead in Texas

Two police officers have been shot dead while responding to reports of a domestic assault in southern Texas.  Edelmiro Garza, 45, and Ismael Chavez, 39, were shot on the doorstep…

EDITOR’S NOTE – Tennis history is filled with wonderful rivalries, and so many are remembered because of matchups in Wimbledon finals. The Associated Press is republishing stories about a handful…