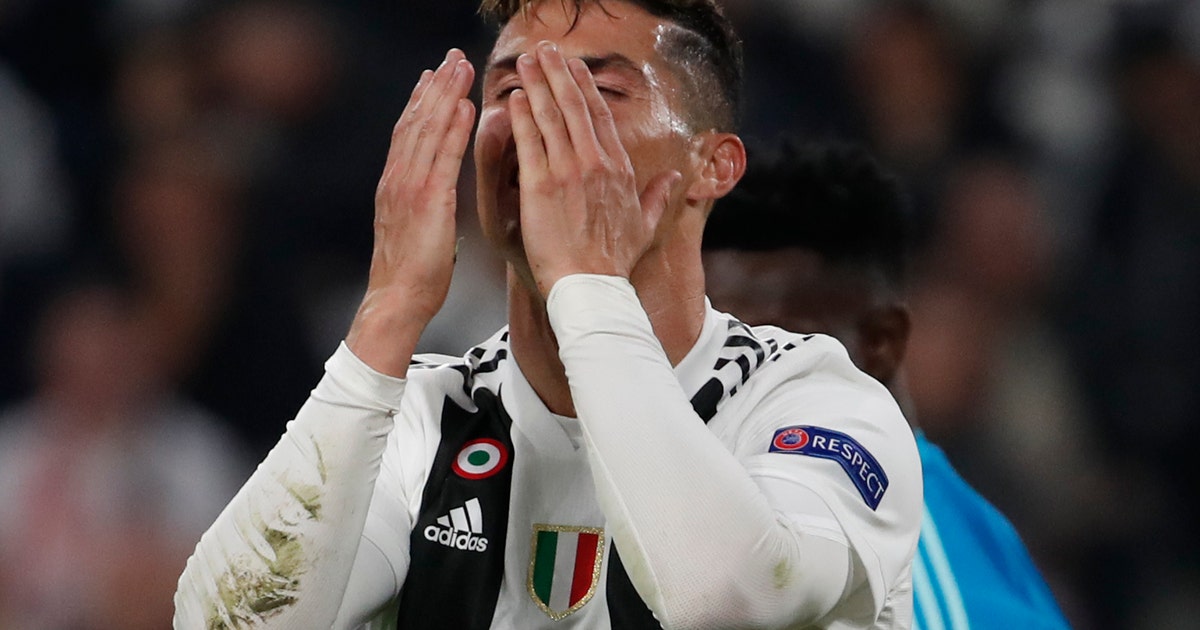 ROME (AP) — Nearly 70 years after the tactic was invented, Italian clubs are still struggling to shed their “catenaccio” past.

Juventus has come in for harsh criticism over its defensive play during a surprising elimination by a young and exciting Ajax squad in the Champions League this week.

“In Italy, soccer is still defensive and individual, whereas in Europe it’s necessary to offer a more offensive and collective approach,” former Italy coach Arrigo Sacchi wrote in an editorial published in the Gazzetta dello Sport on Thursday.

In both legs, Juventus relied on Cristiano Ronaldo to carry the scoring load and its vaunted defense to keep the opposing strikers in check.

Ronaldo came through with the opening goal in each leg but a fluke equalizer from Ajax in the return match changed the momentum as Ajax went on to a 3-2 aggregate victory.

Sacchi, a two-time European Cup-winning coach with AC Milan, added that “defenders don’t always have to outnumber opponent’s strikers” and that Juventus needed “a more optimistic and courageous approach.”

“Catenaccio,” which translates as lockdown, is a highly defensive tactic that entails sitting back and negating every opportunity from the opponent before striking back with counterattacks.

The system was developed under Nereo Rocco at Padova in the 1950s then was perfected by Helenio Herrera’s highly successful Inter Milan squad in the 1960s.

Italy has produced elite center backs for decades and the “BBC” trio of Leonardo Bonucci, Andrea Barzagli and Giorgio Chiellini has played an integral role in Juventus’ march to seven straight Serie A titles — with a record-extending eighth championship likely to be celebrated on Saturday if the team can earn a point at home against Fiorentina.

Yet, Juventus has rarely been entertaining to watch over the eight seasons.

First under Antonio Conte and then with Massimiliano Allegri in charge, Juventus has largely sought to drain the energy out of its opponents before striking back for marginal victories.

Juventus has scored more than three goals only once in all competitions this season — despite dominating Serie A with a 17-point lead over second-place Napoli.

Tottenham edged Manchester City on away goals following a 4-4 aggregate score in the quarterfinals, Barcelona advanced 4-0 over Manchester United and Liverpool crushed Porto 6-1 over two legs.

The last time an Italian club won an international title came when Inter lifted the Club World Cup trophy in 2010.

A lack of goals also contributed to Italy’s failure to qualify for last year’s World Cup, as did a lack of belief in younger players.

With Roberto Mancini having replaced the fired Gian Piero Ventura as national team coach, he has promoted a new generation of players under-utilized by their clubs.

Players like 19-year-old Roma midfielder Nicolo Zaniolo, who Mancini called up to Italy’s squad before he played a single Serie A match; or 19-year-old Juventus striker Moise Kean, who last month became the youngest player to score a goal for the national team in 60 years.

Kean had scored eight goals in his last nine games for Juventus and the national team entering the return leg against Ajax but was preferred to an out-of-form Paulo Dybala at the start and only came on in the second half when Dybala was injured. In the first leg, Kean was not used at all.

Meanwhile, one of the few times that Juventus was seriously challenged during its eight-year reign at the top of Serie A came last season when Napoli’s mesmerizing passing game under Maurizio Sarri kept it close right until the end.

“Glory in soccer is achieved by teams that make beautiful play an integral ingredient,” Sacchi said. “A victory is important but it becomes even more so when the show helps achieve the victory.”

MONTPELIER, Vt. (AP) – Vermont’s Republican Gov. Phil Scott signed into law a bill designed to increase accountability of the state’s law enforcement officers, but he made several suggestions about…

Royals hope youthful flexibility a plus during unique season