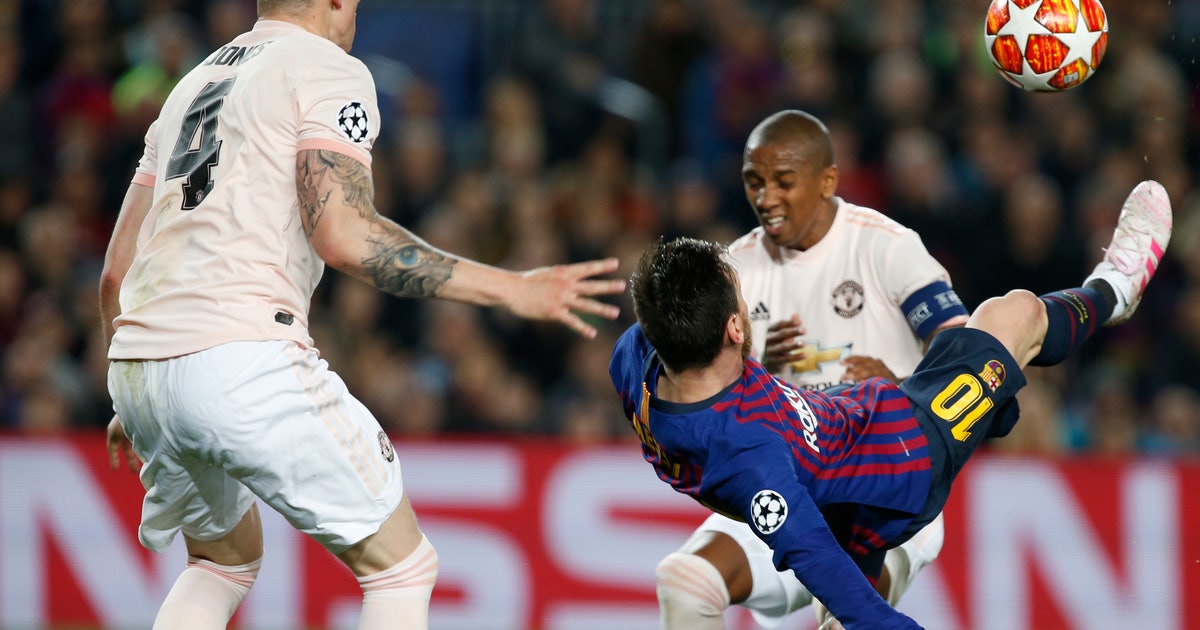 BARCELONA, Spain (AP) — Lionel Messi scored two early goals to send Barcelona into the Champions League semifinals for the first time in four seasons with a comfortable 3-0 win over Manchester United on Tuesday.

After Barcelona withstood some early pressure from United, Messi ended any hopes of a comeback for the Premier League side as the hosts advanced 4-0 on aggregate.

Messi opened the scoring with a brilliant solo effort in the 16th minute after he won possession of the ball, ghosted past a defender, and curled a shot into the far corner.

The second came just four minutes later, although Messi was helped by a massive error by David de Gea that time. The Argentina forward only managed a tame shot on goal but the Spain goalkeeper let it slip underneath him and into the net.

Philippe Coutinho added a third goal with a superb curling strike from long range in the 61st to cap arguably the best performance by the former Liverpool player since joining Barcelona just over a year ago.

Twenty years ago at Barcelona’s stadium, United manager Ole Gunnar Solskjaer completed one of the most memorable comebacks in soccer history when he scored the English team’s second injury-time goal to stun Bayern Munich in the 1999 Champions League final. But after a promising start when Marcus Rashford hit the crossbar, Messi showed that sentimental memories mean very little when he is playing at his best.

The goals ended Messi’s bizarre scoring drought in Champions League quarterfinals that had reached 12 matches dating back to 2013.

They took his tournament-leading tally to 10 this season. In total he has 45 goals in 42 games through all competitions.