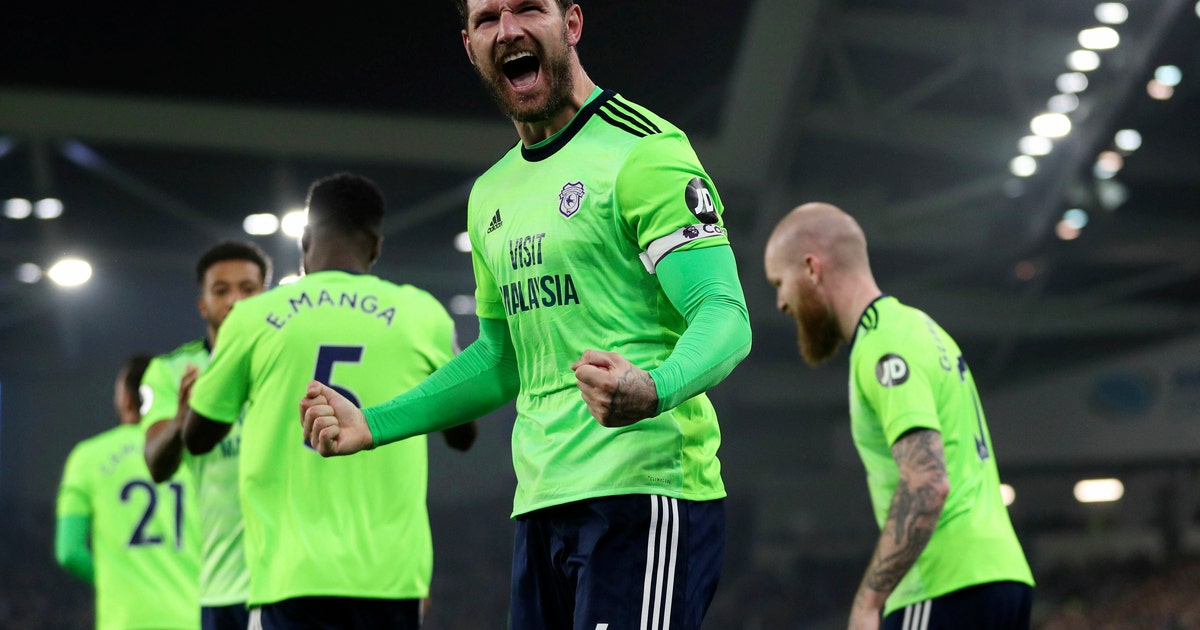 BRIGHTON, England (AP) — Cardiff kept alive its hope of staving off relegation from the Premier League with a vital 2-0 victory over fellow strugglers Brighton on Tuesday.

Goals either side of halftime from Nathaniel Mendez-Laing and Sean Morrison moved 18th-place Cardiff within just two points of Brighton and safety.

Brighton once again looked toothless in front of goal as it fell to a fourth successive league loss. The team has managed just two league goals at its Amex Stadium in 2019 and came closest when Glenn Murray headed against the woodwork in stoppage time.

This was a must-win game for Cardiff, which still has games against title-chasing Liverpool and Manchester United to come and couldn’t afford to fall further behind its closest relegation rival.

Manager Neil Warnock reacted to Saturday’s loss at Burnley by making three changes, including recalling attacking duo Mendez-Laing and Oumar Niasse. That decision was rewarded within 22 minutes as Mendez-Laing drove forward on the counter-attack, exchanged passes with Junior Hoilett and curled a superb strike into the top right corner from 20 yards.

The visitors doubled their advantage five minutes after the restart.

Spanish midfielder Victor Camarasa delivered an inviting free kick deep into the area where Morrison escaped his marker to powerfully head home his first goal in almost a year.