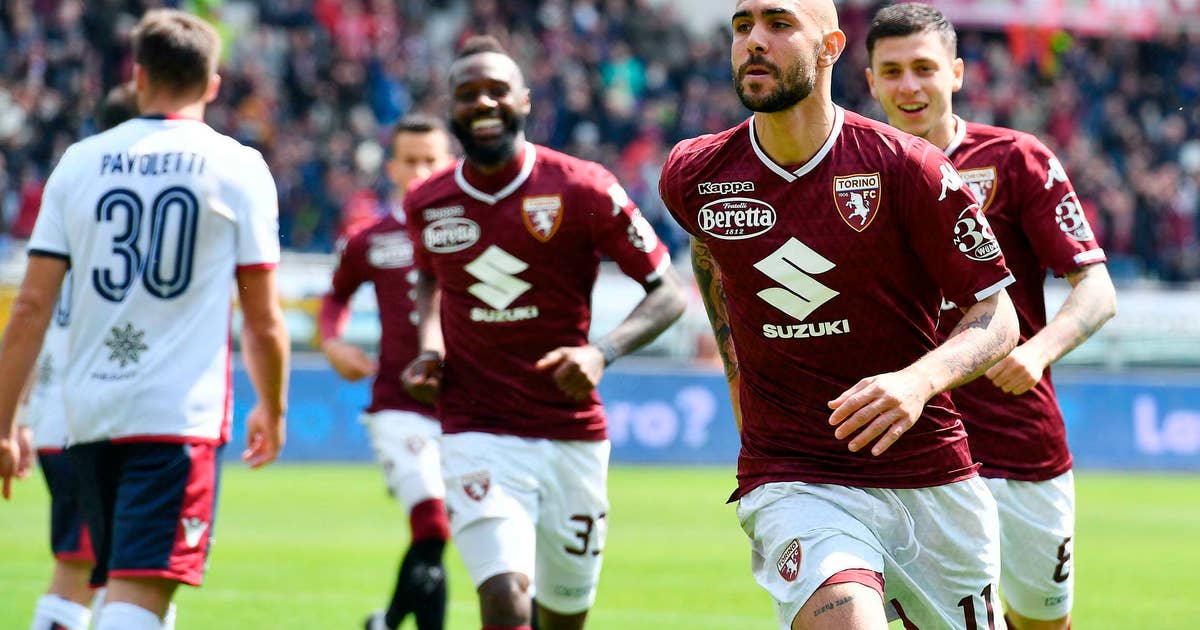 TURIN, Italy (AP) — Torino’s chances of sneaking into the Champions League were hampered by a 1-1 draw against Cagliari on Sunday, in a match which saw three players sent off.

Simone Zaza was both hero and villain for Torino as he gave it the lead shortly after halftime but was then shown a straight red card in the 73rd minute for dissent.

Cagliari immediately made the most of the numerical advantage as Leonardo Pavoletti headed in the equalizer. There were suspicions of offside but the goal was awarded after a lengthy video review.

Second-placed Napoli is playing later, and needs to win at bottom-placed Chievo Verona to avoid handing Juventus the Serie A title.

Vincenzo Montella’s return to the Fiorentina bench ended in disappointment as his team was held to a 0-0 draw at home to relegation-threatened Bologna.

Luis Muriel hit the post late on but Fiorentina extended its winless streak to nine matches.

It was Quagliarella’s 22nd goal of the season, moving him one above Milan forward Krzysztof Piatek at the top of the scoring charts.

Also Sassuolo drew 0-0 against Parma, which had a penalty saved.

Trump on July 4: Those who built America ‘are not villains, they are heroes’

President Trump on Saturday proposed a statue garden for America’s heroes, from George Washington to Amelia Earhart, scolded those who question the country’s forefathers and claimed 99% of coronavirus cases…