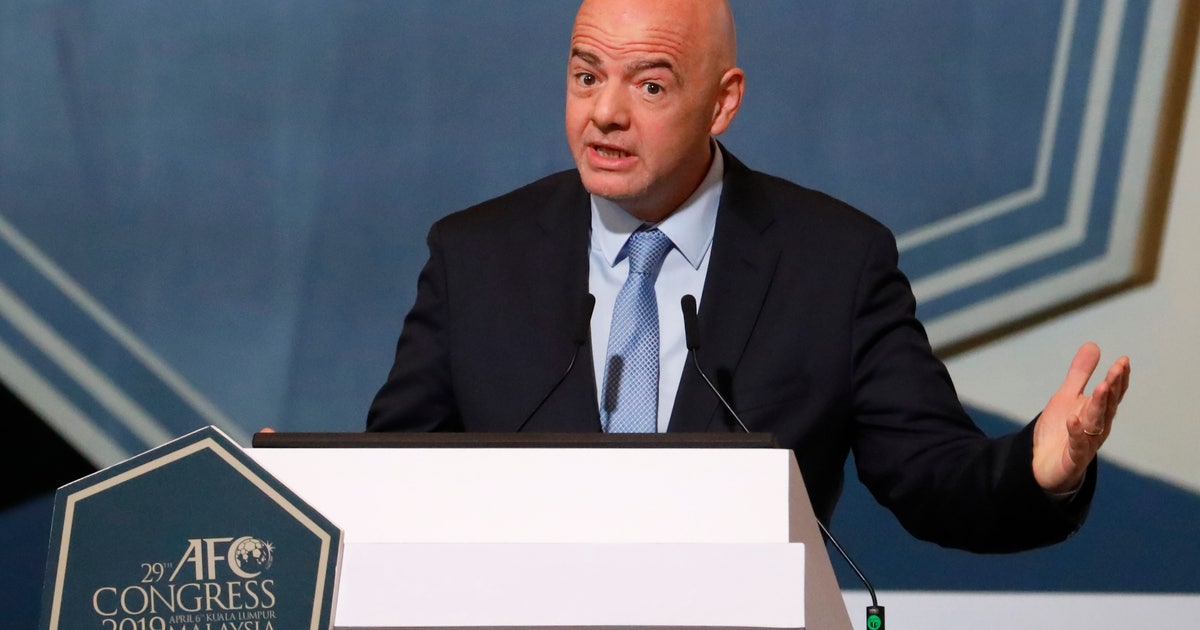 FIFA President Gianni Infantino has held talks with Kuwaiti politicians and soccer leaders about the country staging games at the 2022 World Cup if the Qatar tournament is enlarged from 32 to 48 teams.

Infantino was flying to Qatar on Sunday night to talk to the World Cup leadership about his plans to add 16 more teams to the hosting, which requires at least one additional Gulf country being used.

FIFA and Qatar have until June to come up with a joint proposal, but the concept is mired in complexities stemming from the blockade of Doha by neighbors. FIFA has said the United Arab Emirates, Bahrain and Saudi Arabia cannot join the hosting unless they restore the diplomatic, economic and travel ties with Qatar that were severed two years ago.

Kuwait and Oman have remained neutral in the dispute and were identified by a FIFA task force as being potential hosts. But Oman has said it has no interest in staging games.

The state of Connecticut has so far built up a stockpile of personal protective equipment that can last about 60 or 70 days, with plans to eventually have enough for…

HOUSTON (AP) – Houston officials on Wednesday canceled the Texas Republican Party’s in-person convention, saying the spread of the coronavirus made it impossible to hold the event as scheduled. Read…