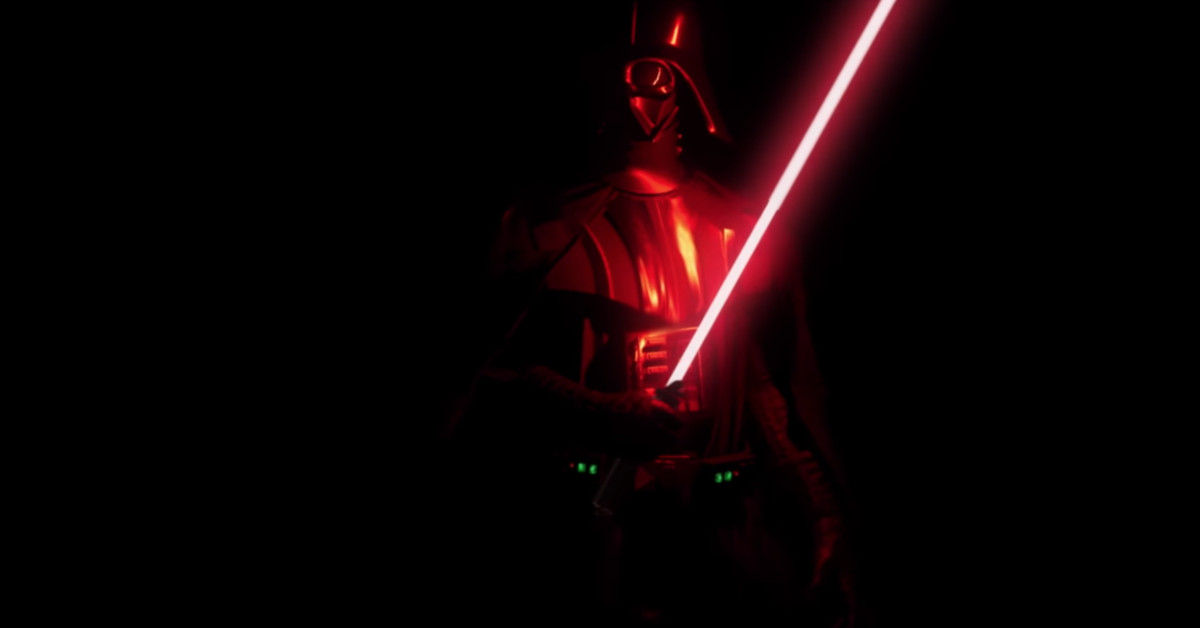 Developers from the Oculus team and the ILMxLab introduced the first story trailer for Vader Immortal: A Star Wars VR Series today at the annual Star Wars Celebration fan convention. The upcoming episodic virtual reality game will include the voice acting talents of comedian Maya Rudolph, who will be the player’s main companion throughout the game.

Vader Immortal will put you into the captain’s chair of a smuggling ship called the Windfall. In the opening moments, players will be captured by Vader himself and imprisoned in his massive black castle on the planet Mustafar. That citadel, based on drawings by the late Ralph McQuarrie, featured prominently in Rogue One: A Star Wars story. Players will be able to roam its halls and bear witness to the intimate, emotional struggles going on within the Dark Lord of the Sith. They’ll also pick up a lightsaber and do battle against Vader himself.

The game will also include a “lightsaber dojo” mode, which allows users to play “endlessly” with an elegant weapon from a more civilized age.

While the team was very coy about the storyline, Matt Martin, creative executive at LucasFilm, revealed that Marvel’s Darth Vader comic series contains a few as yet undiscovered hints — especially as it applies to the construction of Vader’s castle itself.

The game’s heart and soul, developers say, is the floating droid companion nicknamed Zoey, who will be voiced by Rudolph. Scott Lawrence, who plays Resistance spy Jarek Yaeger on Star Wars Resistance, will provide the voice of Darth Vader.

It was also revealed that the experience will be available on both the Oculus Quest and the Rift platforms, including the higher-resolution Rift S. No release date was given.

KYIV, Ukraine (AP) — The Ukrainian Premier League restarted Saturday but one game was called off when an unspecified number of soccer players and staff tested positive for the coronavirus.…