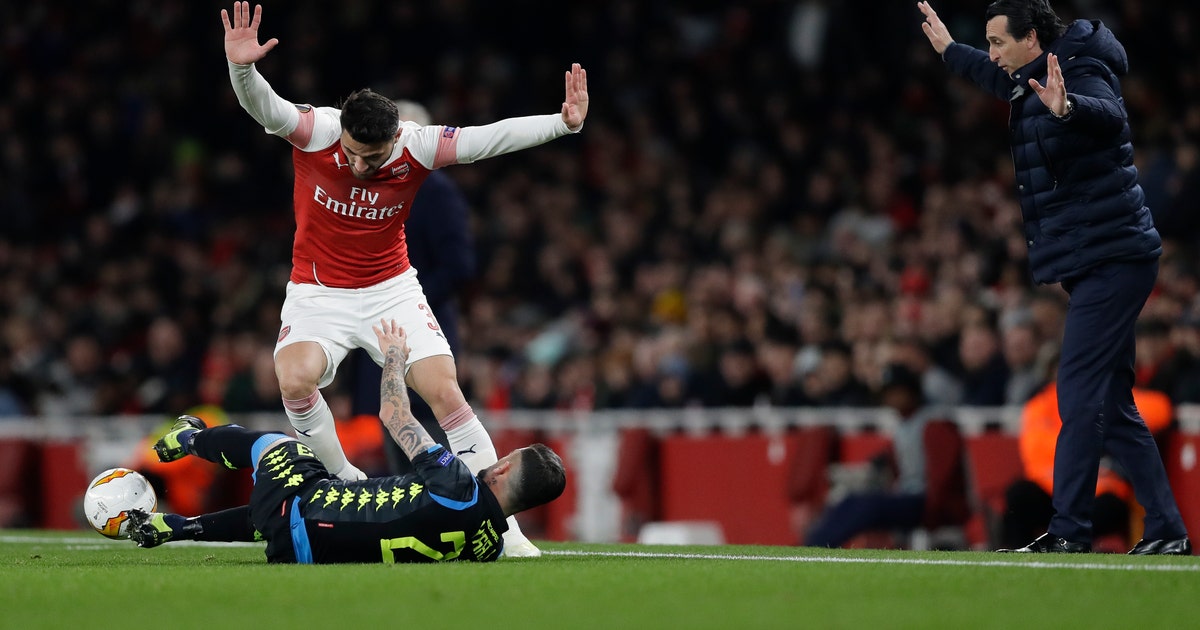 PRAGUE (AP) — Arsenal closed in on the Europa League semifinals with a 2-0 home win over Italy’s Napoli on Thursday while Chelsea scored late to earn a 1-0 victory at Slavia Prague.

Coming off a disappointing 1-0 loss to Everton on Sunday, Arsenal produced an attacking display that Napoli was not able to stop. Aaron Ramsey struck early and Kalidou Koulibaly added an own goal to put the home side in command at the Emirates Stadium.

Also, Joao Felix’s hat trick guided Benfica to a 4-2 win over 10-man Eintracht Frankfurt, handing the Bundesliga side its first defeat in the Europa League this season.

In an eastern Spain derby, Valencia secured a 3-1 away win at Villarreal after scoring a couple goals in injury time.

For Arsenal and Chelsea, winning the Europa League would secure a route back into the Champions League if they fail to finish in the top four in the Premier League.

The two are currently locked in a tight battle with Tottenham and Manchester United for the last two qualifying spots behind Liverpool and Manchester City.

Napoli is second in Serie A and has no such worries but Valencia, currently sixth in the Spanish league faces the same scenario.

The second legs will be played on April 18.

Here’s a look at Thursday’s games:

Legendary DJs use shows to ease virus exile among Latinos

RIO RANCHO, N.M. (AP) – A woman who identified herself Rachel from San Ysidro, California, called in the syndicated “The Art Laboe Connection Show” last month with a message for…