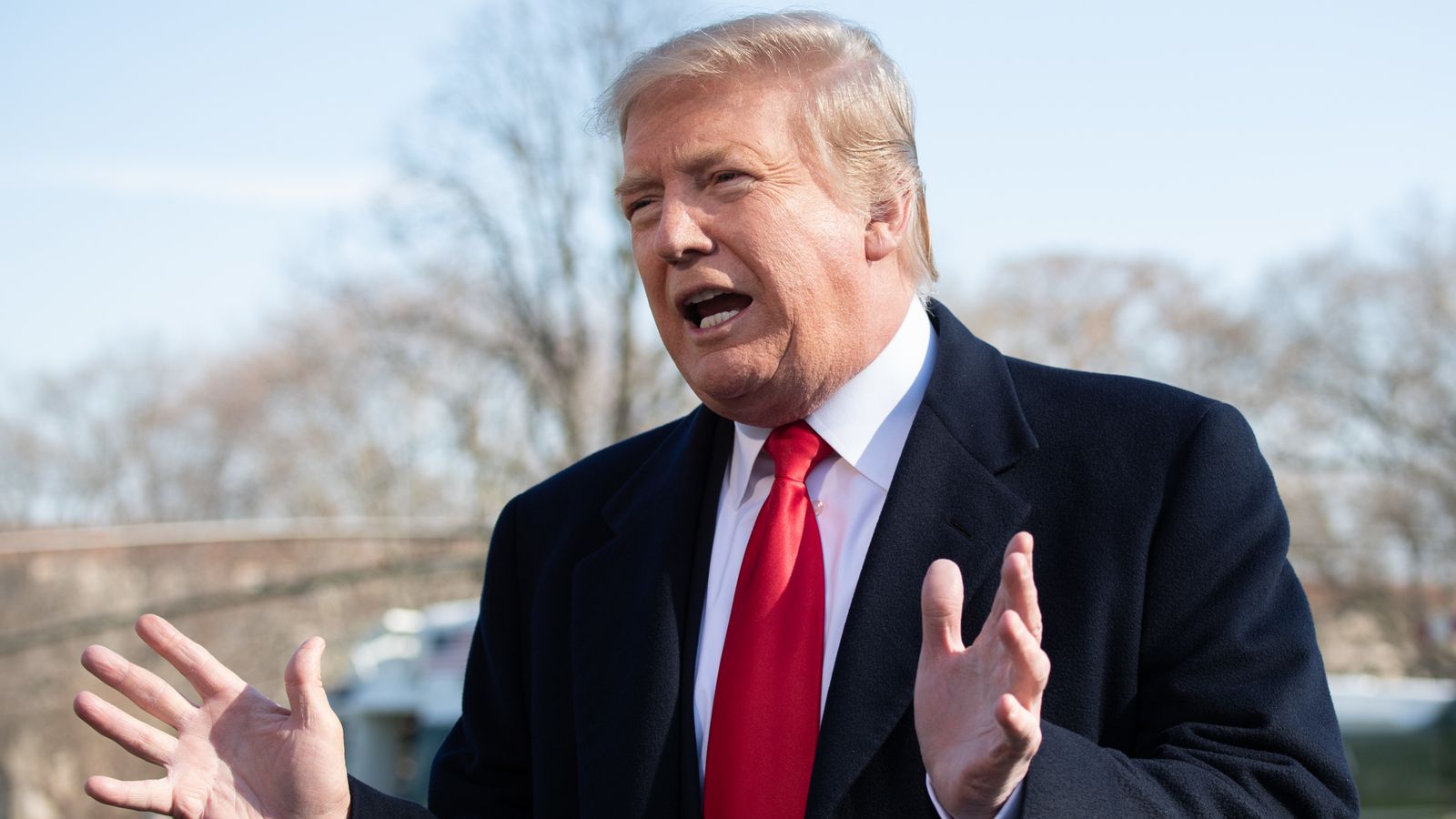 Warner Bros had to initiate takedown action against Donald Trump after a music score from a Batman movie was used in the president’s 2020 re-election campaign video.

Mr Trump shared the two-minute video on Twitter yesterday and it didn’t take long for users to notice that it used music by composer Hans Zimmer from the 2012 superhero film The Dark Knight Rises.

The US president captioned the video: “MAKE AMERICA GREAT AGAIN!”

This morning, the tweet was still available but the video had been replaced by a message stating: “This media has been disabled in response to a report by the copyright owner.”

However, it now has been taken down from the site.

A spokesman for Warner Bros told Sky News the company will take no further legal action now that the video has been removed.

It is not the first time that Mr Trump has used a popular culture reference in his tweets.

Last November, he posted a poster of himself with an unusual take on a famous line from HBO’s Game of Thrones series.

In a reference to heightened tensions with Iran at the time, the president captioned the poster with: “Sanctions Are Coming.”

HBO reacted to Trump’s use of the phrase saying it would prefer “[their] trademark not be misappropriated for political purposes.”

Mr Trump is no stranger to legal action over copyright issues.

Artists including Prince, Pharrell Williams and The Rolling Stones have taken issue with the US president using their music at campaign rallies.

HONG KONG (AP) – China’s government and pro-Beijing activists in Hong Kong condemned what they called foreign meddling in the territory’s affairs on Thursday, as countries moved to offer Hong…

KARACHI, Pakistan (AP) – A British Pakistani man and three others convicted in the kidnapping and killing of a U.S. journalist, whose sentences were overturned in April, will remain in…