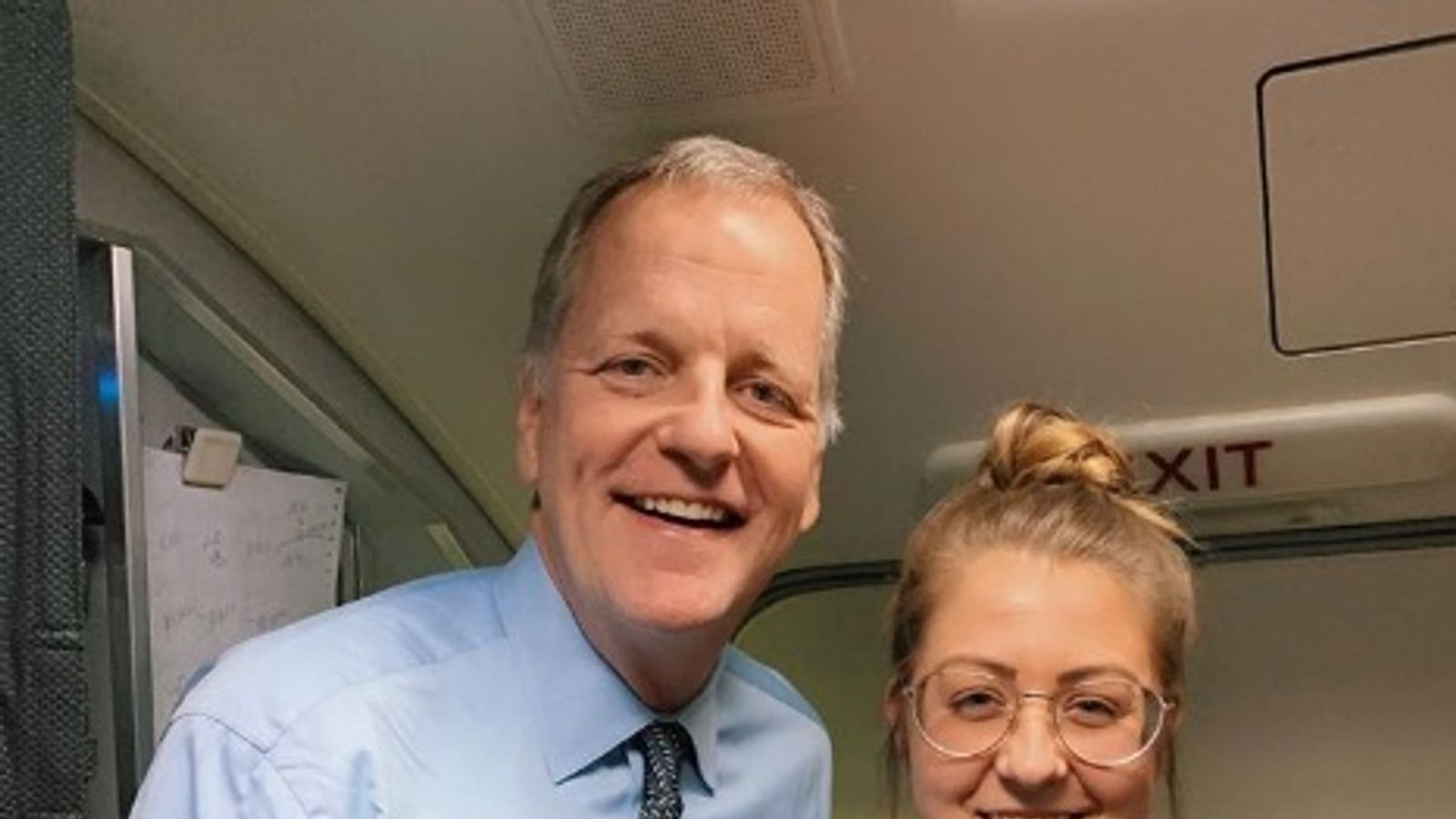 Spilling a drink on a passenger may be every flight attendant’s worst nightmare, but when it involves the airline’s CEO, it can be “mortifying”.

That’s exactly what happened to American Airlines flight attendant, Maddie Peters, on a flight from Phoenix to Dallas.

“I had our CEO (Doug Parker) on my flight,” she wrote. “I was serving drinks during boarding to the first class cabin. I had a full tray with drinks on it, when the passenger in front of me stops in the aisle and backs up. He bumps into the tray and the drinks go flying.”

She continued: “Guess who they land on. Half of them went all over me, the other half in Doug’s lap. I WAS MORTIFIED. I wanted to drop dead right there in the aisle. (Like am I still employed?!) I’m still slightly traumatized/embarrassed.”

But Ms Peters said Parker was a “good sport about it”.

“He later came back and we chatted for a little, and joked about it the rest of the flight,” she wrote.

Ms Peters added that she has not spilled a drink on a passenger once in the four years she has worked for American Airlines.

A spokesperson for the airline confirmed to Sky News that Ms Peters was an employee and called what happened a “light-hearted” incident that “we all can have a giggle about”.

The spokesperson added that the flight attendant took the unfortunate spill “in good stride”.

“When he was getting off the plane he told me he’d never forget me… guess that’s a good thing right?” Ms Peters wrote on Instagram.

“Most people never even meet their CEO let alone shower them with beverages. But it’s too good of a story not to tell. Accidents happen.”

MADRID (AP) — Valencia’s struggles in the Spanish league continued with a 2-2 draw at Granada on Saturday. The result ended Valencia’s three-game losing streak but extended its winless run…

MATCHDAY: Away tests for Madrid, Barca; Villa at Liverpool

A look at what’s happening around European soccer on Sunday: SPAIN The Spanish league title race resumes with contenders Real Madrid and Barcelona both in action on Sunday and facing…