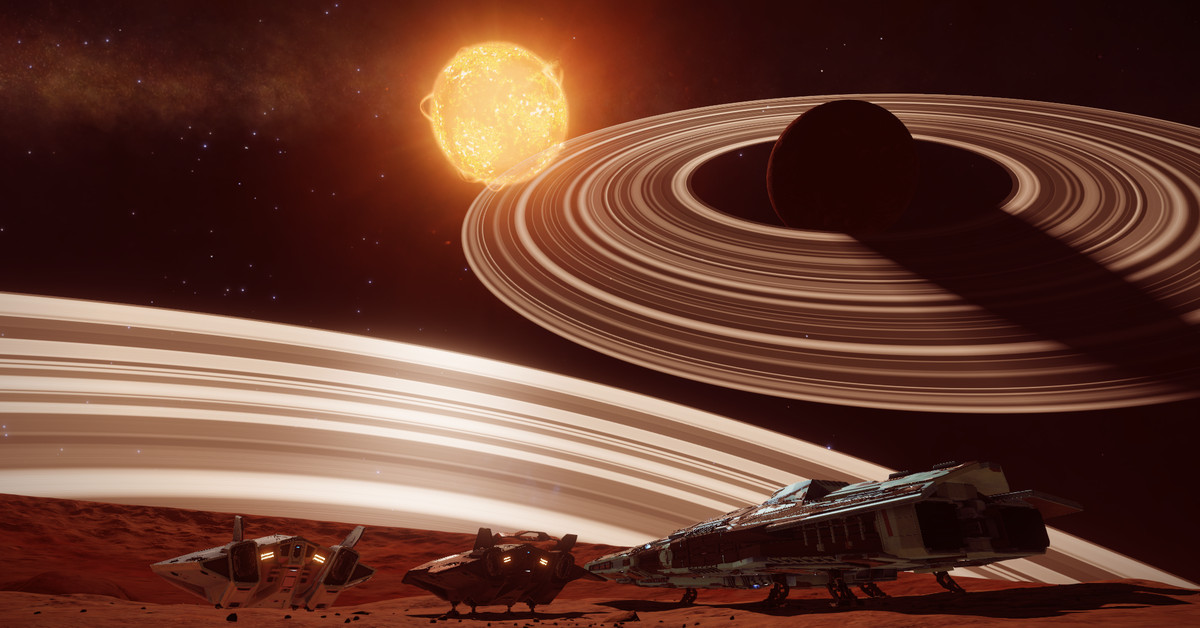 Learning to play Elite: Dangerous can be a daunting task. Now, more than four years after launch, the team at Frontier Developments is hoping to make it a bit easier for new players. An update scheduled for later this month will create a zone specifically for beginners and automate some of the game’s most complex flight mechanics.

Elite’s next update will arrive on April 23. According to an announcement on the official forums, it will focus on “introducing quality of life improvements and improving the welcoming experience for beginners.” The biggest nod to newbies will be the inclusion of a “beginners’ zone.” A discrete part of the game’s massive universe will be blocked off from all but rookie players, allowing them to earn their first few ranks in Combat, Trade, or Exploration before journeying out into the game’s other 400 billion star systems.

Frontier also promises “simpler missions” that will be easier for new players to complete. Having spent a good chunk of time in the early game myself, I can tell you that revising the first few hours will go a long way toward welcoming new players into the game. Even the simplest quests can often be difficult to comprehend for the uninitiated.

Part of the added benefit of these new zones will be in cutting down on the incidence of PvP interactions with high-level players. According to community manager Will Flanagan, these beginners only areas will be off limits to more advanced players.

On the spaceflight simulation side of the coin, two new modules are being added to the game. The first is an Advanced Docking Computer, which will automate the take-off process in addition to landing. In Elite, players are often tasked with maneuvering out of the “mail slot” as its called of massive orbiting starports. Getting turned around and dashing your ship against the insides of a space station is a surefire way to get turned off by the game, so Frontier is giving every new player one of those bad boys free of charge. They’ll also come as standard equipment on some ships.

Another new module is called Supercruise Assist, and will help players exit faster-than-light speed travel to arrive at their destinations more easily.

For seasoned players there’s a host of other tweaks big and small. The most high-profile change comes in the form of Interstellar Initiatives, in-game events that will supplant the previous system of Community Goals. Frontier says they will take a full month to accomplish and can have a much more transformative impact on the narrative of the game. Expect more information in the weeks to come.

The real irony of this update is that most of the changes and improvements will be out of reach of some of Elite’s most dedicated players, some 13,000 of which are on their way to the far side of the Milky Way with months to go before they return to civilized space. Read up on the Distant Worlds 2 expedition in our ongoing travelogue.

These changes appear to be only the beginning of a long series alterations and course corrections for the game, which launched in late 2015. The next major version of Elite, which players will have to purchase, is currently scheduled for late 2020.

KUALA LUMPUR, Malaysia (AP) – Malaysia has reported its economy contracted 17% in the last quarter in its worst downturn since the global financial crisis. Read more… Please follow and…

NEW YORK (AP) – A renter most of his adult life, Clarence Swann became fearful that landlords would use the coronavirus pandemic as an excuse to gouge their tenants. So,…