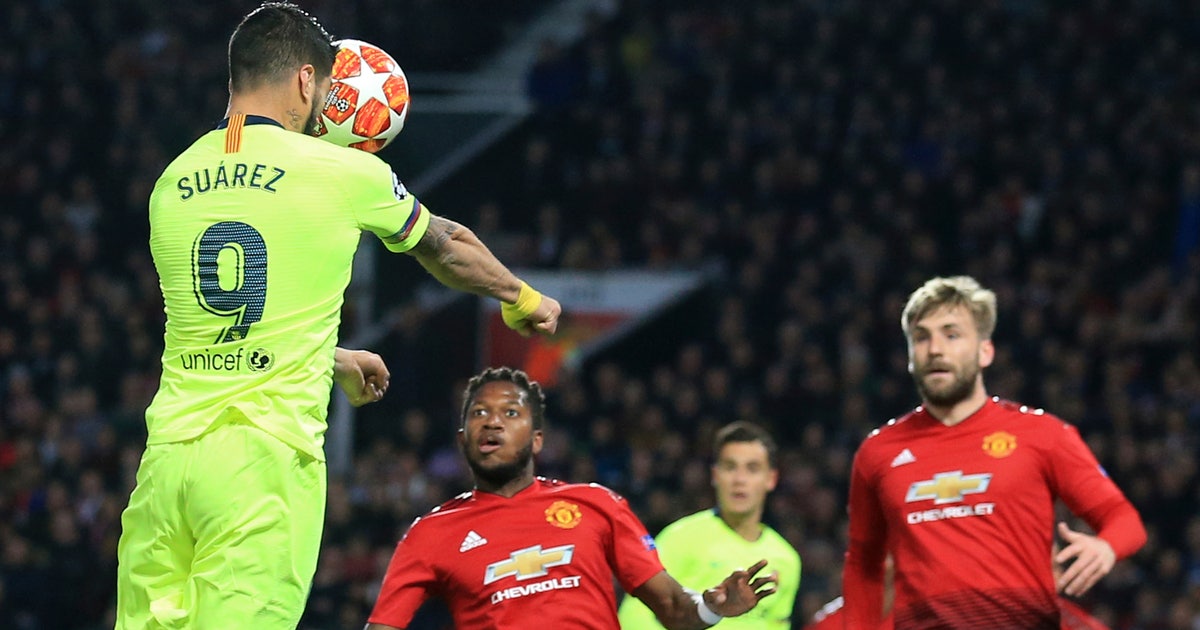 MANCHESTER, England (AP) — Luke Shaw unwittingly helped Luis Suarez’s header into the net to give Barcelona a 1-0 win over Manchester United on Wednesday in the first leg of their Champions League quarterfinal.

The goal — initially flagged for offside before being awarded via a video review — came in the 12th minute during an exhilarating spell when Barcelona’s possession exceeded 80 percent at Old Trafford.

But as Barcelona became sloppy and error-strewn, the early passing rhythm faded.

So while the Spanish champions ended a six-game winless run on the road in European knockout games stretching back to 2016, this quarterfinal is very much still in play heading into the second leg on Tuesday.

United only fleetingly imposed itself on the visitors, but did so physically in the first half when defender Chris Smalling’s right arm caught Lionel Messi’s face.

Smalling went unpunished but Messi’s nose was bleeding and he had to briefly go off to receive treatment.

The closest the five-time world player of the year came to his first goal at Old Trafford was in the 83rd minute when the sting was taken out of a low free kick and it was easily gathered by David de Gea.

The United goalkeeper also denied Philippe Coutinho a chance to double Barcelona’s lead in the first half when his left leg kept out the shot.

De Gea was also equal to Jordi Alba’s strike in the second half to limit the damage. United already came back from a heavier first-leg deficit to reach this stage, losing 2-0 to Paris Saint-Germain in the round of 16 before winning 3-1 in the French capital last month.

In that first leg against PSG, United only managed one shot on target. Against Barcelona, the three-time European champions couldn’t even hit the target once — the first time that has happened for them in the Champions League since 2005.

Why Missing College This Fall Is a Bad Idea

As colleges figure out how to structure classes this fall, many students are questioning whether to enroll at all. The idea of taking a gap year might sound enticing, but…

BERLIN (AP) – Several American soldiers were injured in a training accident in Germany when they drifted off course during a parachute drop, the military said Thursday. Read more… Please…