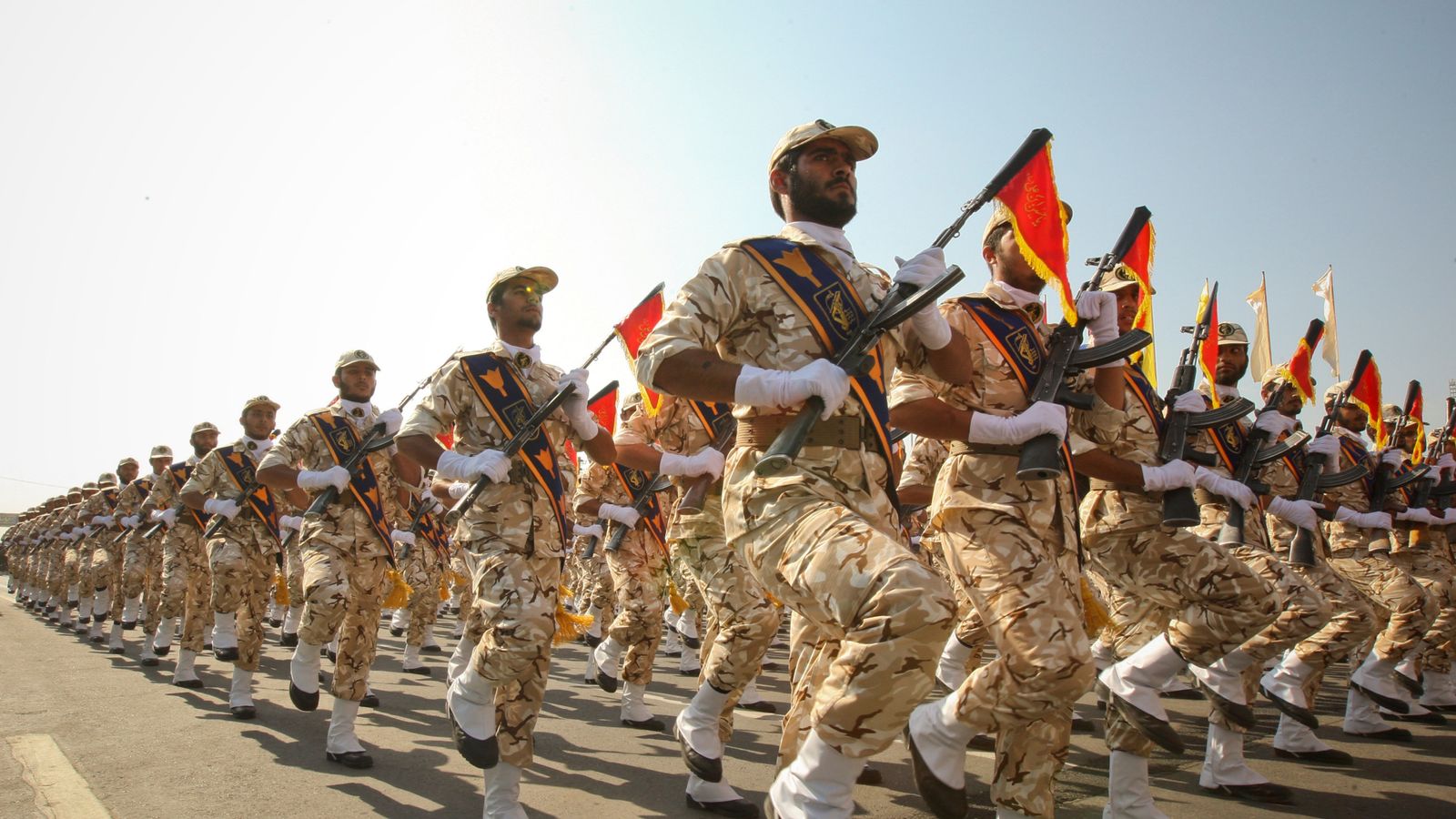 The US has designated Iran’s Revolutionary Guard Corps a terrorist organisation.

President Trump’s decision to label the guard, who are a branch of Iran’s Armed Forces, as a “foreign terrorist organisation” is designed to put pressure on the country.

It is the first time that the US has designated an official body of another country as a terrorist organisation.

“This unprecedented step, led by the department of state, recognises the reality that Iran is not only a state sponsor of terrorism, but that the IRGC actively participates in, finances, and promotes terrorism as a tool of statecraft,” Mr Trump said in a statement.

The designation, which will come into effect next week, imposes sanctions on the group.

Any the Islamic Revolutionary Guard Corps may have in US jurisdictions will be frozen and Americans will be banned from doing business with it.