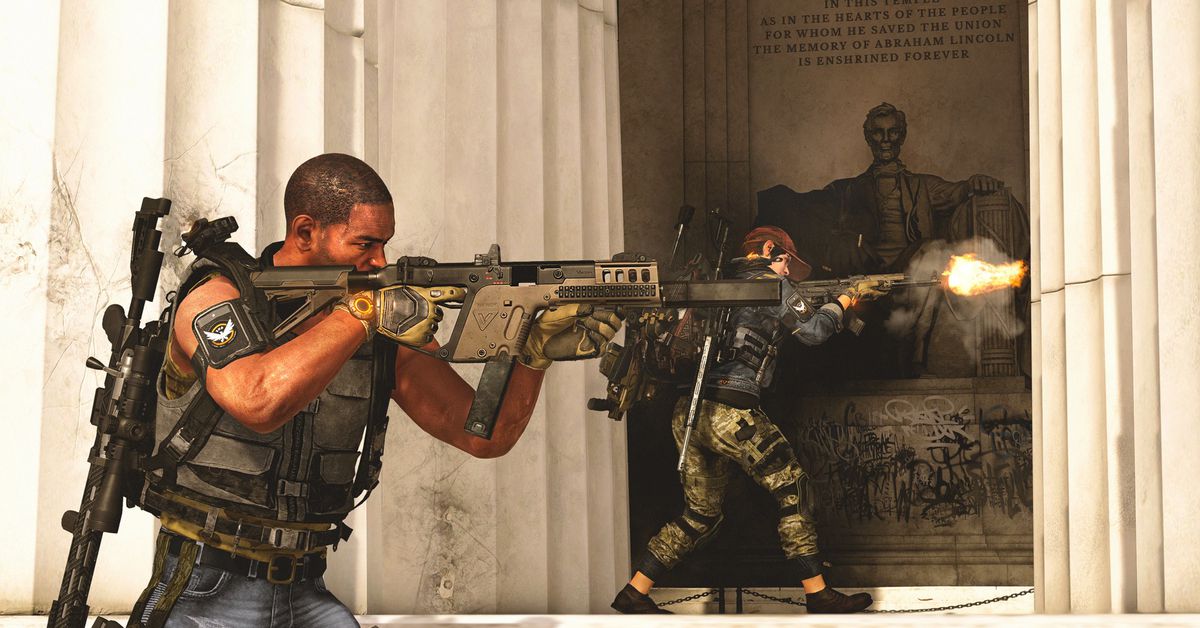 Tucked inside the patch notes published on Friday for the big-ass update to Tom Clancy’s The Division 2 is this welcome quality-of-life change: “Hey agent! Staff in the Base of Operation will now shout at the player less frequently than before.”

It may sound like a petty thing, but the fact Massive Entertainment saw fit to change it means that it wasn’t petty to a lot of players (and possibly some developers, too). You spend a lot of time in a menu in the White House, whether that’s crafting, sorting out/breaking down loot, choosing a new perk or just being a smart shopper at the gear desk. And doing so, you’ll hear “Hey Agent,” so many times you’ll think it was your own name.

This isn’t what I really want changed though. I at least want to know what the hell that rumbling/grinding noise is in the basement. I guess it’s someone knocking out a wall (portions of the basement are marked for such demolition) but its proximity to the restroom leaves the possibility that someone is doing something ferocious to the john.

Anyway, the full patch notes are much more substantive, as one would expect of a living game not even a month since its launch. Changes to the weapon mod and skill mod systems have already been noted, and those are indeed big. But visit the patch notes to see a full matrix noting the new positive and negative attributes of each attachment; most have had negative attributes wiped out entirely. (To this point, every mod had a nerf to go with the buff, which many found frustrating.)

Going further, the Sniper Turret’s targeting behavior also sounds a lot more supportive.The turret will now auto-target the hostile nearest to the center of the player’s screen and fire at it without a lock-on necessary. And then it will attempt to follow the hostiles the player targets with their weapon. The Sniper Turret required more active management before these changes.

The Chem Launcher is also redone; pressing its skill button will now equip it, similar to switching to another weapon or throwable. This is an easier way to take on setting a trap (particularly for enemy Rushers) while undetected behind cover.

And, as always, PC players will be delighted to see a field-of-view slider added to their options. The full patch notes are here and very much worth a look for anyone who’s sunk 20 or more hours into the game — chances are something that made you grumble has been addressed. Massive promises it’ll continue to listen to player feedback and make more changes as necessary, too.