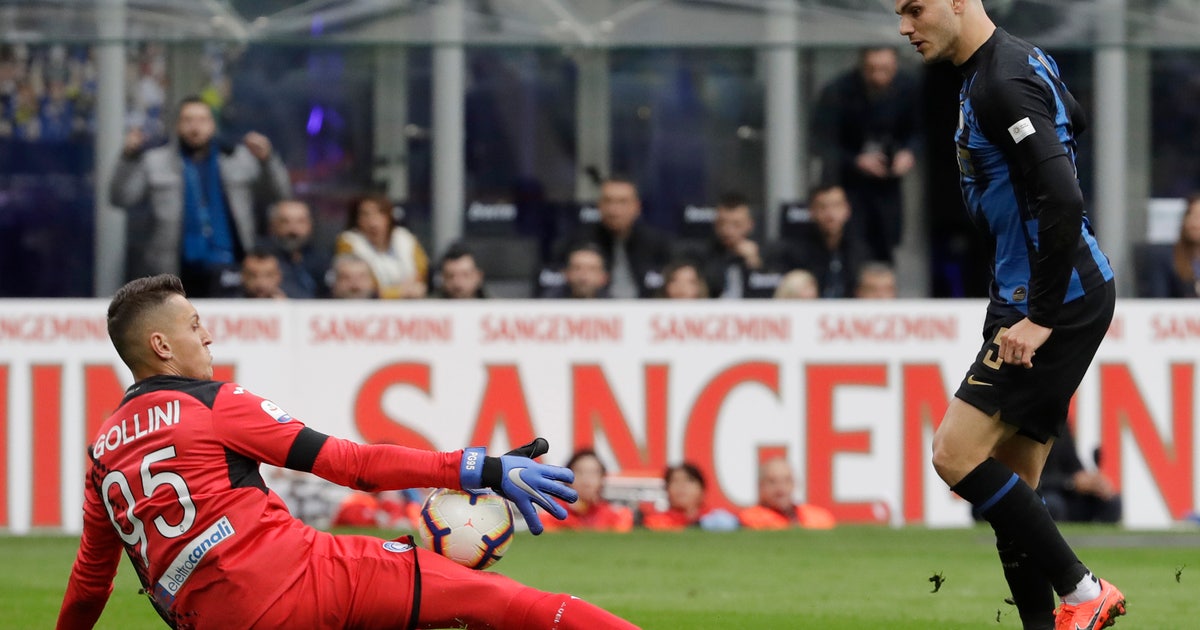 MILAN (AP) — Mauro Icardi had a mixed reception on Sunday in his first appearance on the field at San Siro since early February.

The former Inter Milan captain could not prevent his team from being held 0-0 by Atalanta in Serie A.

Icardi had made his first appearance for Inter in nearly two months in a 4-0 win at Genoa midweek, ending a nearly two-month long standoff after being stripped of the captaincy over protracted contract negotiations.

But it was his first appearance in front of his own fans. There was applause from some sections and jeers from others when Icardi’s name was read out, while a banner was displayed with the words “welcome back captain.”

There were also chants against him from the section where the hardcore fans sit, but they were jeered by the rest of the stadium.

Icardi should have scored in the first half when he beat the offside trap to race through one-on-one with Pierluigi Gollini but his effort was weak and the Atalanta goalkeeper was able to parry from point-blank range.

He also had a header cleared off the line late on.

Inter remained third in the Serie A standings, five points above fifth-placed Atalanta, which is below AC Milan on their head-to-head record.

The top four from Serie A qualify for next year’s Champions League.

The title could be decided later Sunday. If Napoli loses at home to Genoa, Juventus will secure its eighth successive crown with seven matches remaining.

Lazio salvaged a 2-2 draw against Sassuolo to keep its chances of qualifying for the Champions League very much alive.

Domenico Berardi appeared to have won it for Sassuolo when he made it 2-1 in the 89th minute but Senad Lulic leveled in the fifth minute of stoppage time.

Lazio is three points below Milan, having played a game less. The two teams meet at San Siro on Saturday.

Frosinone cut the gap to safety to five points with a surprise 1-0 win at Fiorentina. Cagliari beat Spal 2-1.