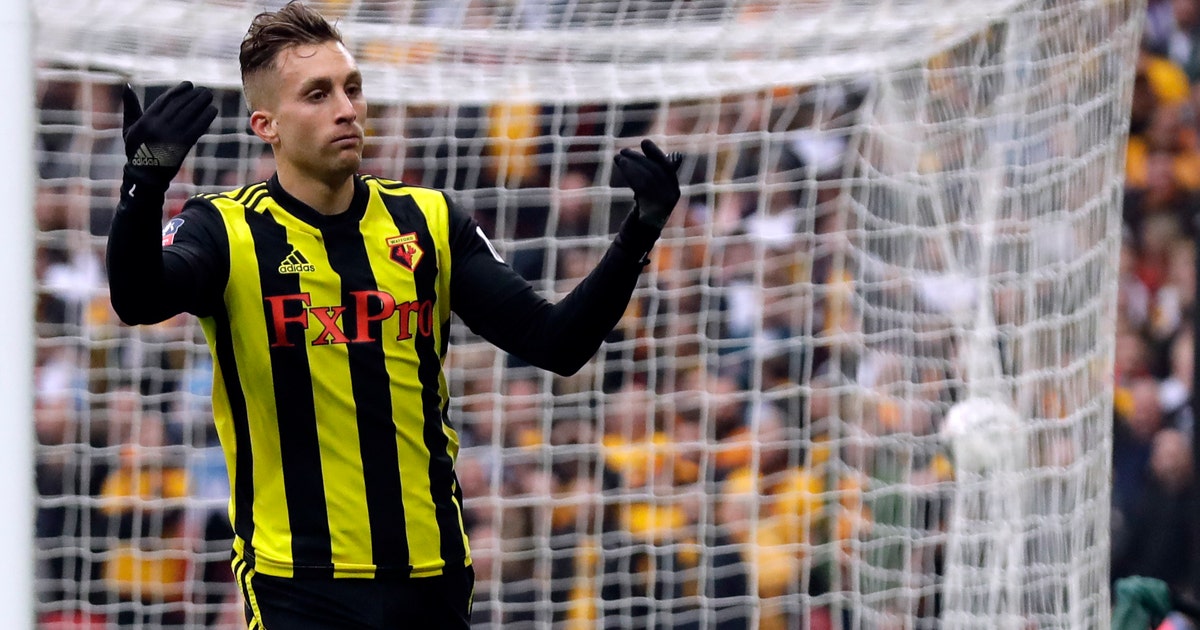 LONDON (AP) — Substitute Gerard Deulofeu sent Watford into the FA Cup final for the first time in 35 years, scoring twice as Wolverhampton’s two-goal lead was wiped out in a 3-2 victory for the Hornets on Sunday.

It was capitulation by Wolves, who were cruising toward a return trip to Wembley Stadium for the May 18 final against Manchester City after Matt Doherty netted in the first half and Raul Jimenez scored in the 62nd minute.

Watford hadn’t even had a shot on target until Deulofeu, who came on in the 66th minute, audaciously chipped goalkeeper John Ruddy in the 79th to rouse the recovery. Troy Deeney then earned a soft stoppage time penalty which he converted to send the semifinal into extra time.

“It shows the character of this team,” Deeney said. “We don’t give up.”

Deulofeu, who twice failed to carve out a career at Barcelona, certainly doesn’t. The Spaniard completed a counterattack in the 104th to score again, making it three shots on target and three goals from Javi Gracia’s side.

Watford, which left then owner Elton John in tears after losing the 1984 final to Everton, now has another shot at a first major trophy next month.

“We are going to come and have a go,” Deeney said. “There is such belief in each other and what we are doing.”