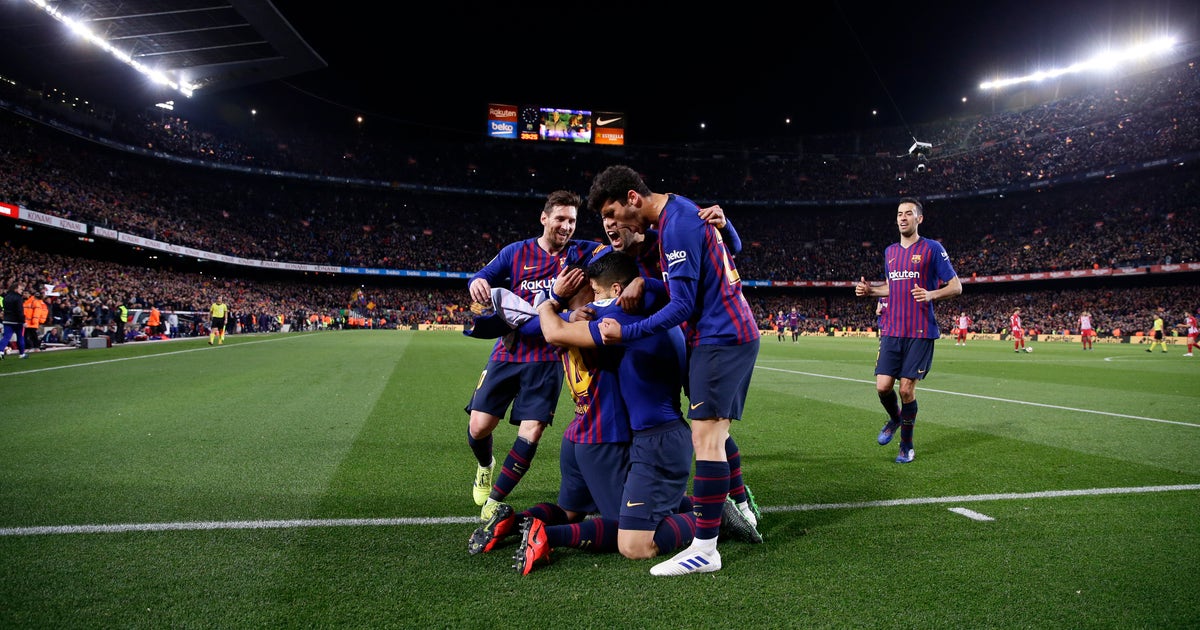 Atletico played one man down for more than an hour after Diego Costa earned a direct red card in the 28th minute, seemingly for language he used when an alleged foul went unpunished by the referee.

Suarez finally beat goalkeeper Jan Oblak with a curling shot from outside the area that went in off the post in the 85th minute. Messi added a second goal a minute later.

Manchester United manager Ole Gunnar Solskjaer watched the match in person, before the Spanish club visits Old Trafford on Wednesday for the first leg of their Champions League quarterfinal.

Barcelona, which has also reached the final of the Copa del Rey, increased its chances of a domestic double with seven rounds remaining. Atletico needed a win to realistically keep alive its title chances in the league and salvaging a disappointing season.