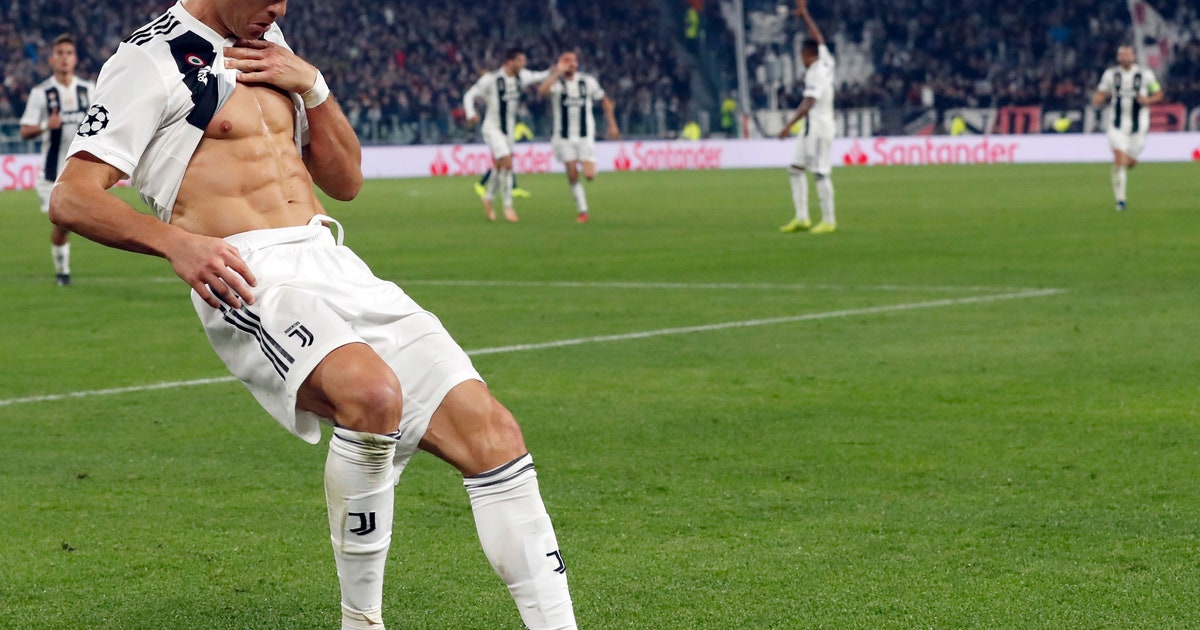 ROME (AP) — Those perfectly sculpted abdominal muscles that Cristiano Ronaldo constantly shows off on social media are not just for vanity.

Ronaldo’s well-documented fitness has enabled him to stay remarkably healthy throughout his glittered career.

With the Juventus striker currently working his way back from a minor right thigh muscle issue, it’s worth remembering how few matches he has missed due to injury.

Before his injury, Ronaldo played in 36 of Juve’s 39 games in all competitions this season and started 34 of them. The only times he didn’t play were because coach Massimiliano Allegri wanted to rest him or because he was suspended following a red card.

Even when a woman filed a civil lawsuit in September accusing Ronaldo of raping her in Las Vegas in 2009 — an accusation Ronaldo denies — he didn’t miss a game.

“Cristiano is the best player in the world,” Juventus president Andrea Agnelli said. “If you have him on the pitch, he gives you an extra sense of security.”

Before Juventus, it was Real Madrid that profited from Ronaldo’s speedy recoveries.

In May, Ronaldo injured an ankle in the ‘clasico’ against Barcelona but missed only two matches and returned in time to help Madrid beat Liverpool in the Champions League final.

In December 2017, Ronaldo hurt his calf in the Club World Cup final but was back the following month. In 2016-17, three different injuries couldn’t keep him away for long.

Ronaldo missed Madrid’s first three matches of the season, including the European Super Cup against Sevilla, as he continued to rehabilitate the knee injury he suffered against France in the final of the 2016 European Championship.

Then came a thigh injury in December 2016 that forced him to miss only one match, and a broken hand at the start of 2017 that also kept him out for only one game.

At the 2014 World Cup, Ronaldo played for Portugal through patellar tendinitis and a related thigh injury.

He also injured an ankle with Portugal in October 2009 and was sidelined for seven weeks, and a fractured kneecap kept him out for just 11 matches at the start of 2008-09.

Now 34, Ronaldo seems to be so in touch with his body that he immediately self-diagnosed his latest injury, telling Portuguese media after hurting himself with the national team that he “should be back in one or two weeks.”

It turns out he might be right, with Allegri recently saying that Ronaldo could return for next week’s visit to Ajax in the first leg of the Champions League quarterfinals.

Juventus desperately needs Ronaldo, as evidenced when he scored a hat trick against Atletico Madrid in the round of 16 and almost single-handedly overturned a first-leg deficit.

Juventus fans got some relief when Ronaldo posted a video on Instagram of him swimming laps in a pool with what appeared to be weights around his ankles. “Working hard on my recovery,” he wrote.

A day later, Ronaldo shared an image of what appeared to be a hydro-massage session after more swimming, followed by an image showing off his back muscles .

Ronaldo has scored 19 goals in 26 Serie A matches, leaving him two short of the league lead held by Sampdoria’s Fabio Quagliarella.

Juventus needs only two more wins to clinch a record-extending eighth straight Serie A title, but winning the Italian league again is not why Juventus signed Ronaldo from Madrid for 100 million euros in July.

Its stated goal is to win the Champions League — something Ronaldo helped Madrid do the last three seasons.

Since Juventus last won the Champions League in 1996, it has lost five finals.

“When you have muscle injuries, you have to be very careful,” Agnelli said. “For one match you risk compromising the next two months. It’s more important to safeguard two and a half months than one match only.”

Ronaldo, however, won’t stay out for long.

MANHATTAN, Kan. (AP) – Kansas State football players have called off a threatened boycott in response to an insensitive tweet by a student about the death of George Floyd. Read…

Ivanka Trump urged people to adhere to social distancing guidelines as they celebrate Independence Day. She did so as her father, President Trump, attended a fireworks celebration at Mount Rushmore…