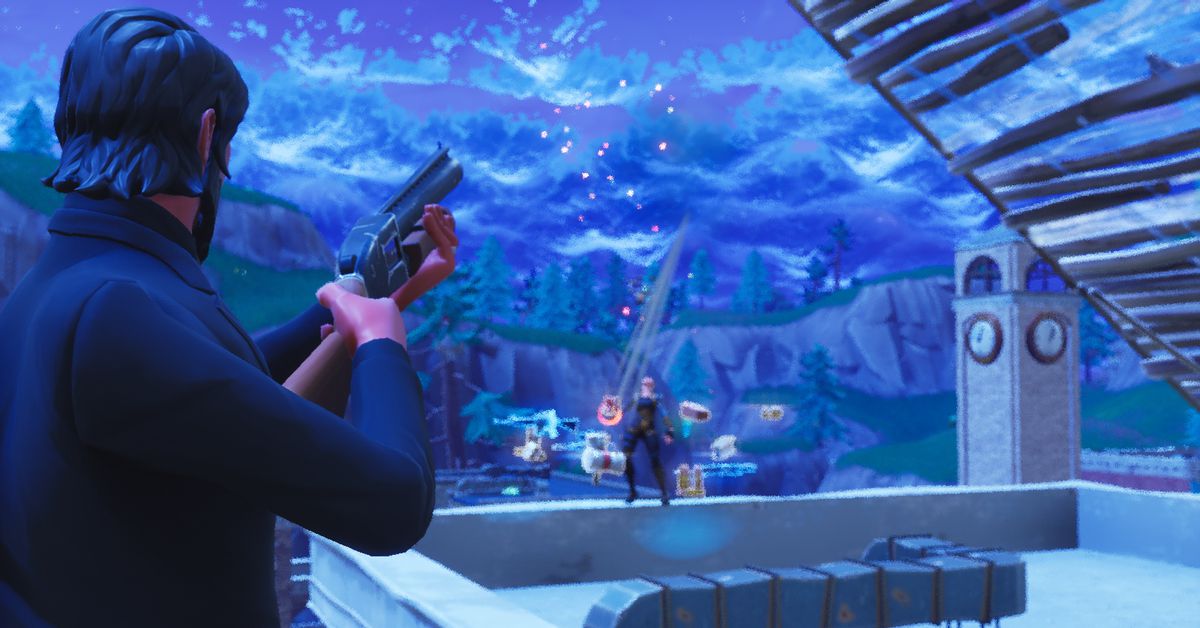 Updating Fortnite is a constant balancing act between giving players something new and keeping all the features they love. Unfortunately for developer Epic Games, one particular change in Fortnite patch v8.20 seems to have missed that mark for much of the community. In the few days since the patch launched, some of the game’s highest profile players have spoken out about how much they dislike the patch and the fact that they want Epic to revert the changes.

The change in question gave players 50 effective health after each elimination and caused enemies to drop 50 of each material when eliminated. The change also removed the 500 cap on all the resources, and the 40 percent increase in gathering speed.

While this feature has been part of Fortnite’s Pop-Up Cups since they debuted last year, its introduction to the standard game mode happened in patch v7.40. Despite only being around for the better part of a month, this change was greeted positively by the community with some saying it was one of their favorite changes Epic has made. When Epic announced that it had done away with these changes, the community quickly went into a frenzy.

After the update went live on March 27, the negative response was almost instant. The same day the patch came out Ninja, one of Fortnite’s most popular streamers, carved a moment out of his stream to make a video about how much he disliked this particular part of patch v8.20, and he hasn’t stopped tweeting about it since.

Other content creators like Courage, Gronky, and Dakotaz have voiced their frustration over the patch that they say has made games boring and ruined the Squads mode completely.

Epic may have anticipated some of this response, as it also released the game’s new Arena mode at the same time these changes arrived for the standard mode. In Arena mode, all of the health and material changes are still in their pre-patch v8.20 state, but this mode features skill-based matchmaking. As players progress higher in the mode, they can end up waiting through longer and longer queue times, with some taking almost 40 minutes. The mode also only features Solo and Duo queues, leaving no way for squads to enjoy the old settings.

Fortnite content creators and streamers aren’t the only ones complaining about the changes leaving the standard game mode. A quick stroll through the Twitter mentions on any tweet from Epic’s official Fortnite account reveal that the rest of Twitter is no happier about the update. Even Zlatan Ibrahimović, one of the most famous soccer players in the world, has taken to Twitter in hopes that Epic will revert the change.

As for a response to these complaints, Epic has been almost entirely silent. The one brief explanation Epic has offered came with v8.20’s official patch notes: “We feel [the change] has resulted in an unhealthy level of aggressive play, diminishing other viable strategies.” It appears these changes were made as a result of Epic’s own best guess at what the community wanted rather than what was actually best, which means a future revert is still possible.

Epic has made unpopular choices in patches in the past. It’s bound to happen when they’re releasing one every week. But the developer is usually quick to react to fan criticism, either by reversing the changes that it made, or at least by letting the community know what it is thinking. And Epic’s uncharacteristic silence over the last week has only increased fans’ worries.

The legal battle between the president’s niece and members of the Trump family heated up yet again late Thursday night, with Mary L. Trump claiming that the confidentiality agreement she…