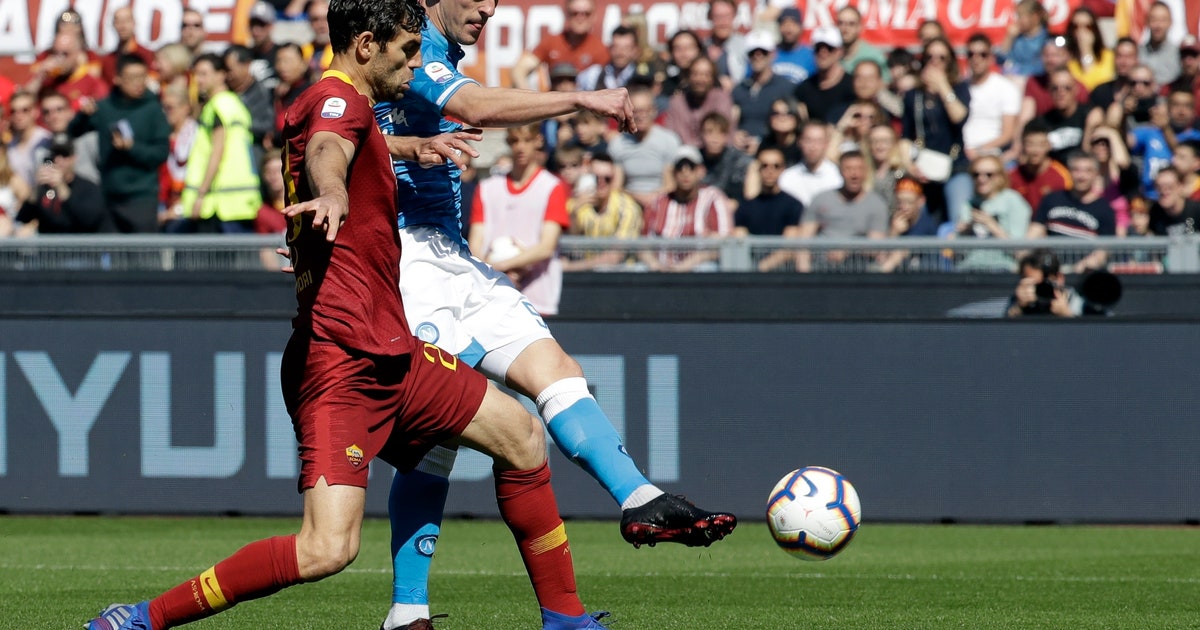 ROME (AP) — A 4-1 thrashing at home by Napoli on Sunday added another chapter to Roma’s season of discontent.

The Giallorossi have now lost three of their last four Serie A matches to risk falling out of contention for the Champions League places.

Roma was also recently eliminated from this season’s Champions League by Porto, which resulted in the firing of coach Eusebio Di Francesco and the departure of sporting director Ramon “Monchi” Rodriguez.

Milik had the goal of the day, using a splendid backheel control before spinning around to score from close range.

Roma midfielder Steven Nzonzi had a chance to pull one back for Roma in the second half but he headed onto the crossbar before an open net.

Napoli’s only concern was an apparent injury to Mertens that meant the Belgium international had to come off in the second half. But Mertens said afterward that it was only a slight knock to his knee.

Napoli is all but assured of finishing second, trailing Juventus by 15 points and 10 points ahead of third-placed Inter Milan.

“We deserved the win and it’s too bad we didn’t score more goals in the first half, too,” Mertens said. “We are continuing to develop as a team.”

Atalanta leapfrogged Roma into fifth with a 3-1 win at Parma courtesy of a brace from Duvan Zapata.

The top four finishers qualify for the Champions League.

Parma went ahead early through Gervinho but Mario Pasalic quickly equalized before Zapata’s decisive goals gave him 19 for the season, tied with Cristiano Ronaldo and Krzysztof Piatek for second on the league chart behind only Fabio Quagliarella’s 21 for Sampdoria.

Spal took a big step toward safety with a 1-0 win at relegation-threatened Frosinone.

Francesco Vicari scored early with a header for Spal, while Frosinone was unfortunate to hit both the post and crossbar.

‘A step toward normalcy’ – NHL shapes a return to play plan

Rosy as the news might sound, Gary Bettman made no promises in announcing the NHL has the framework of a plan in place to return to the ice. Read more……

JOHANNESBURG (AP) – A soccer mom in one of Cape Town’s posh suburbs drops off a cardboard box of blankets to a neighbor. Inside the box are several bottles of…