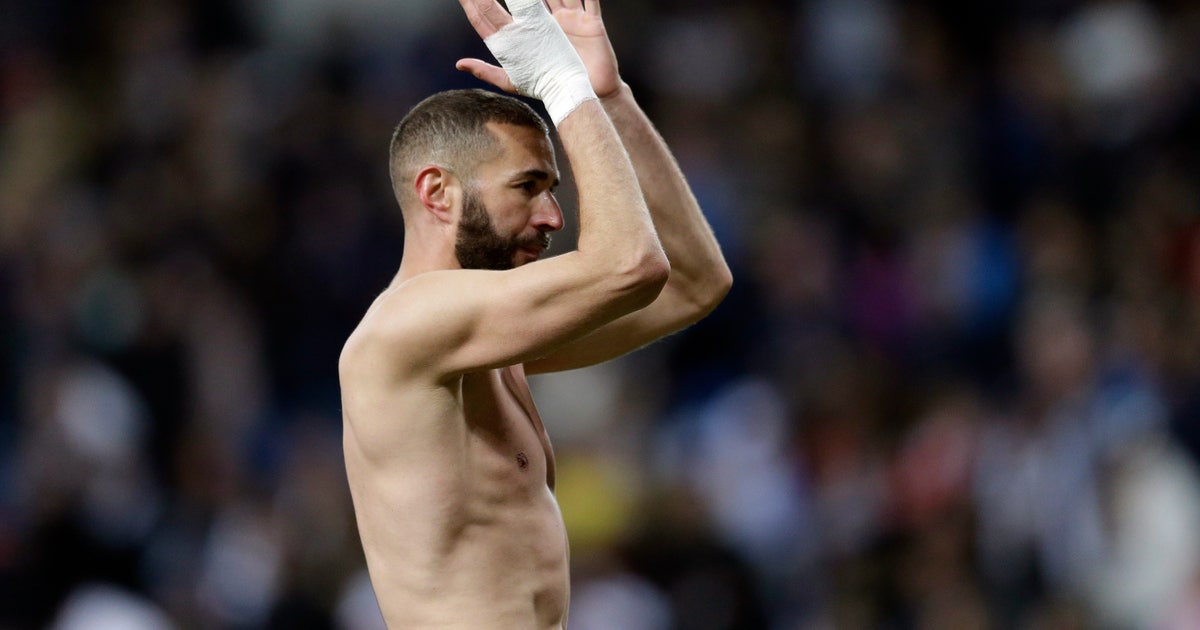 BARCELONA, Spain (AP) — Zinedine Zidane held a second audition for the Real Madrid team of the future on Sunday, when Karim Benzema showed why he has always been one of his coach’s favorite players.

Benzema played a part in two goals before coming through with one of his own in the 89th minute as Madrid grabbed a 3-2 victory and avoided an embarrassing stumble against last-placed Huesca.

But Zidane likely was left with as many questions as answers regarding which players deserve to continue at the club after an expected summer cull.

Huesca, a tiny club with a tiny budget playing in its first season in the Spanish league, took the match right to Madrid at the Santiago Bernabeu Stadium.

Its players outhustled their star counterparts, and were on course to at least a point — and even threatening to take all three — when Benzema showed his class with a curling shot from the corner of the area.

“It was a crazy game,” Zidane said. “It is true that we suffered a lot, but we have to congratulate our rivals. They may be in last place but they played a great game and caused us trouble throughout.”

Zidane returned nearly three weeks ago to a Madrid that has nothing to play for after being eliminated from the Champions League and the Copa del Rey, and trails league leader Barcelona by 12 points in a distant third place.

So all the talk surrounding the club is about which faces will be on the squad for next season.

Zidane had started his “old guard” of veterans who had featured in Madrid’s run of three consecutive European Cups in his first game back. They had done enough to get a 2-0 win over a struggling Celta Vigo before an international break last week.

For his second match on Sunday, Zidane changed tact, and played several players who are usually watching Madrid’s matches from the bench.

With goalkeeper Thibaut Courtois recovering from tendinitis in his right leg, Zidane also kept Keylor Navas on the bench in favor of the coach’s 20-year-old son, Luca Zidane. It was Luca’s second appearance in the league, following his debut last season.

Nineteen-year-old Brahim Diaz got his first start since transferring from Manchester City this winter. Previously, he had played a total of 24 minutes for Madrid.

Huesca stunned Madrid three minutes after kickoff when Ezequiel Avila won the ball back from Nacho Fernandez and found Juan Hernandez alone near the penalty spot to drive in the surprising opener.

Francisco ‘Isco’ Alarcon equalized in the 22nd when Diaz played a ball back across the goalmouth for his teammate to tap in. Benzema had combined with Diaz before drawing a save from goalkeeper Roberto Santamaria that left him off his line.

Huesca continued to give Madrid trouble going forward, while Madrid— especially Diaz and Marcelo — erred on several passes that fed the visitors’ attack.

After Huesca failed to convert, Benzema also set up Dani Ceballos with a headed pass to put the hosts in front in the 62nd.

But the France striker had to come to the rescue again after Xabier Etxeita leveled with a header in the 74th.

“We needed a victory for our morale,” Zidane said. “We are coming off a pretty complicated season and we are going to focus on the result and the good spells we had in the match … but we also had our difficulties. “

Valencia leapt ahead of Sevilla and into sixth place and the Europa League positions after earning a 1-0 win in Seville.

Sevilla has lost seven of its last 11 league games, and now is in danger of not playing in Europe next season.

Mikel Oyarzabal scored with a well-placed header to earn Real Sociedad a 1-1 draw at Valladolid.

The Latest: Officer shot in Las Vegas amid protests

The Latest on the death in Minneapolis of George Floyd, a handcuffed black man who pleaded for air as a white police officer pressed a knee on his neck: Read…