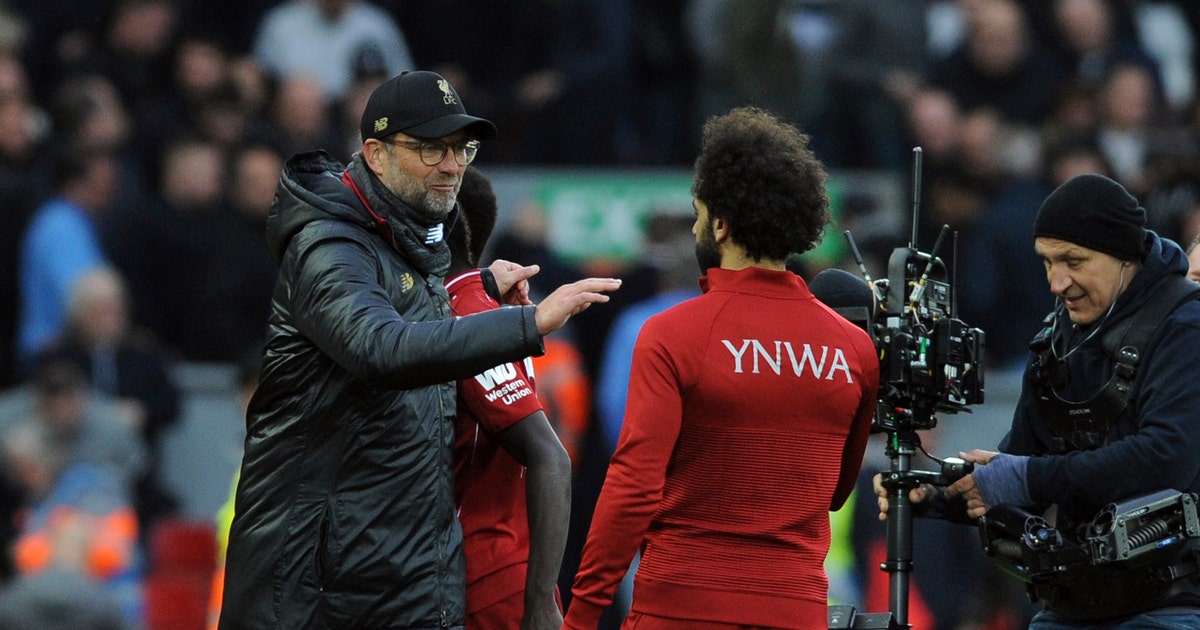 LONDON (AP) — As Liverpool has pushed Manchester City at the top of the Premier League, Tottenham has slipped far from title contention.

Snatching three points so late at Anfield kept Liverpool dreaming of a first title since 1990 — even with defending champion City having a game in hand.

Tottenham isn’t even part of that trophy conversation anymore after a three-month slump that thwarted the London club’s bid for a first league title since 1961.

When Tottenham completed five wins in a row in December, Mauricio Pochettino’s side was only six points behind Liverpool in second place. Now the gulf has grown to 18 points with Tottenham in third and in a scrap to finish in the four Champions League places.

Like Liverpool, Chelsea also left it late to win Sunday — coming from behind to beat Cardiff 2-1.

At Anfield, Roberto Firmino got in between the Tottenham center backs to head in from Andrew Robertson’s cross in the 16th minute.

It was a second half short of clear-cut chances but Tottenham began to apply more pressure on the Liverpool defense and made its breakthrough after 70 minutes.

Harry Kane hit a perfect ball forward from a quick free-kick to find Kieran Trippier and the defender steered the ball into Christian Eriksen, who squared for Lucas Moura to level.

But with the points looking like being shared, Tottenham goalkeeper Hugo Lloris couldn’t hold a header from Liverpool forward Mohamed Salah, instead sending the ball onto Alderweireld, who then diverted it back into his own net.

Cardiff manager Neil Warnock stood in the center circle, hands on hips, silently staring toward the referee and his assistants after an officiating mistake helped Chelsea to come back to win.

Cardiff was heading toward a key victory in its fight to avoid relegation, thanks to Victor Camarasa’s goal. But Cezar Azpilicueta headed in an equalizer from an offside position in the 84th minute after Marcos Alonso had flicked on Willian’s corner.

Warnock was furious on the touchline and further enraged that Antonio Rudiger escaped a red card for dragging down Kenneth Zohore moments later with the striker breaking through on goal.

Rudiger was only shown a yellow card by referee Craig Pawson, but there was worse to come for Cardiff when Ruben Loftus-Cheek beat Lee Peltier to Willian’s deep cross to head home in stoppage time.

At the final whistle, Warnock was angry on the touchline, confronting Chelsea manager Maurizio Sarri. The Italian manager had faced chants of “We want Sarri out” from his own fans when sixth-placed Chelsea was losing.

Cardiff is five points from safety with seven games remaining and could be out of the Premier League before video assistant referees come in from next season.

“No major decisions went for us,” Warnock said. “They (referees) don’t realize what’s at stake. I’ve had one kick in the teeth after another this season and the players have as well.

“It’s almost like it’s not who you play, it’s who you get to referee and who is going to have a flag in their hand nowadays, it’s just as important. The best league in the world and probably the worst officials at the minute.”

It’s completely understandable that the Trump administration seeks to reinvigorate the economy after governmental restrictions brought it to a halt. But pushing talented workers and innovators will only make things worse.

President Trump is falling behind in his promise to cut two regulations for every new rule imposed, but he’s still introducing far fewer regulations than President Barack Obama, according to…