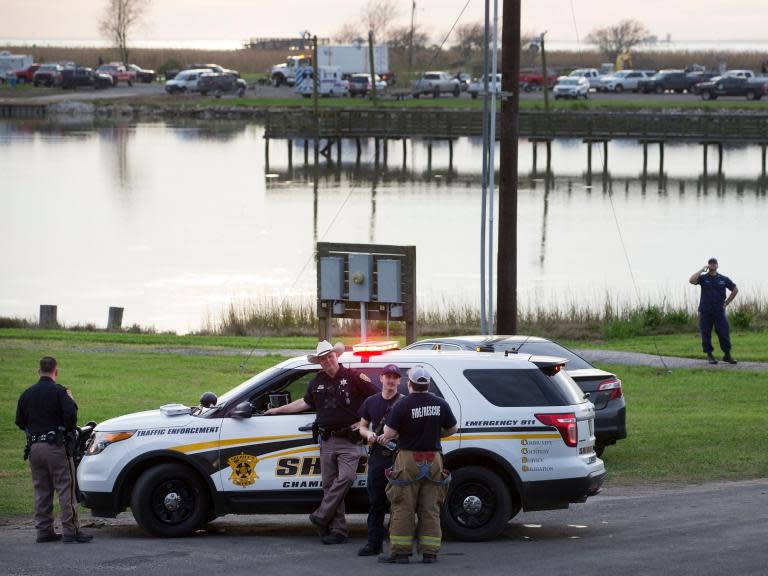 Three people are thought to have died after a plane carrying Amazon cargo crashed into Trinity Bay in Texas on Saturday afternoon.

The Boeing 767 cargo jetliner was travelling to Houston from Miami and was just 30 miles southeast of its destination, George Bush Intercontinental Airport, when air traffic controllers lost radar and radio contact with the craft.

Controllers in Houston tried at least twice to contact the plane but received no response.

After losing contact, they asked a United Airlines pilot if he had seen any wreckage to his right or behind him. “That’s a negative,” he said.

The cargo plane plunged from 6,525ft to 3,025ft in 30 seconds, according to tracking data from FlightAware.com.

Aviation authorities said they did not believe there were any survivors.

The plane was operated by Atlas Air on behalf of Amazon, according to a statement from the airline.

The crash left cargo debris scattered across the bay.

“There’s everything from cardboard boxes to women’s clothing and bed sheets,” the sheriff said.

“Our thoughts and prayers are with the flight crew, their families and friends along with the entire team at Atlas Air during this terrible tragedy,” said Dave Clark, senior vice president of worldwide operations at Amazon.

“We appreciate the first responders who worked urgently to provide support.”