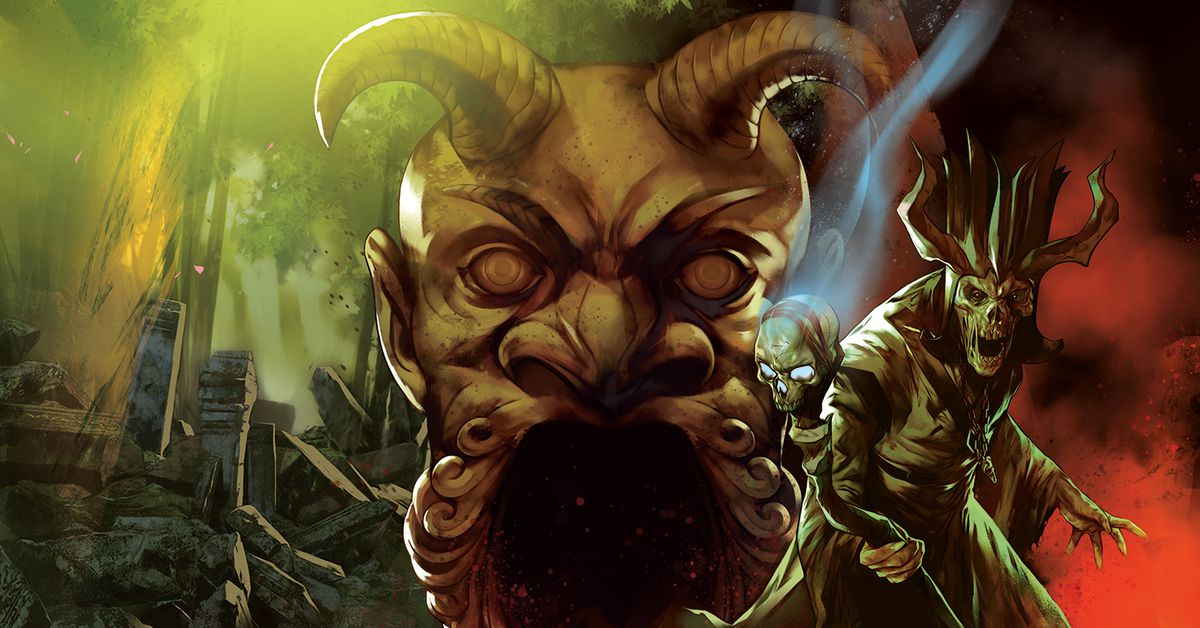 Wizards of The Coast announced on Tuesday that it is removing all references to a consultant named Zak Smith from the current Dungeons & Dragons Player’s Handbook after multiple women publicly accused Smith of abuse earlier this month. In a statement published on its website, the D&D Team said that Smith’s credit removal will apply to both the physical and digital versions of the book.

“Zak Smith, along with many others, was engaged by Wizards to provide feedback on D&D Next, the playtest which evolved into D&D fifth edition,” Wizards said. “We have not contracted with him since, and regret our choice to do so in 2014. Because of that, we are removing Zak’s credit from future physical printings and digital versions of the Player’s Handbook.”

Smith, also known as Zak S. and Zak Sabbath, is an artist and tabletop game designer with a background in the adult film industry. His name appears on the opening few pages of the Player’s Handbook where it is listed under the heading “Additional consultation provided by” alongside seven other contributors.

Smith has also worked in the past with Vampire: The Masquerade publisher White Wolf, and was featured at the IndieCade festival for his role-playing work, including the books Vornheim and A Red & Pleasant Land.

On his personal website, Smith denies the accusations in detail. That has not stopped many in the tabletop gaming industry from coming out against him.

Among the first to speak up after allegations against Smith went public was Kenneth Hite, a high-profile tabletop game designer and a past collaborator with Smith. Hite is also listed as a consultant in the Player’s Handbook.

On Feb. 11, Hite went to Facebook where he apologized “unreservedly” to “victims of Zak’s abuse, for any pain or harm I have caused them, through my action or inaction.” He went on to say that any proceeds from his work with Smith on an upcoming RPG book will be donated to Connections for Abused Women and their Children, a Chicago-based domestic violence nonprofit.

One day later, Feb. 12, digital retailer OneBookShelf, which does business online as DriveThruRPG and also partners with Wizards of The Coast, also issued a statement. It reiterated that its goal was to “keep bad actors out of the roleplaying community” and that, going forward, it would no longer work with Smith. The company went on to say that its own portion of any revenue generated by Smith’s existing titles already up for sale on its storefront will be donated to RAINN (Rape, Abuse & Incest National Network), the nation’s largest anti-sexual violence organization.

Then, on Feb. 14, Gen Con, the largest tabletop gaming convention in the United States, alluded to confidential deliberations currently underway regarding Smith’s attendance in August. Smith is expected to appear there to promote his work.

“Our Policy Team decisions are confidential, but the matter has been investigated,” Gen Con said in a statement made on Twitter, adding that it “does not condone harassment or abuse in any form [and is] dedicated to providing a safe, welcoming environment for all attendees.”

Smith’s next RPG, titled Demon City: The Ultimate Horror RPG, raised $74,183 on Kickstarter. The game is expected to release soon, and so far dozens of its backers have made it known in the campaign’s comments that they no longer wish to participate or have their own names included in the book alongside Smith.

In a private update available only to backers of Demon City, project creator Mike Evans said that he is taking immediate action.

“These allegations against Zak are disturbing and have weighed heavily on me and on my involvement with the project,” Evans said, “along with what to do about a project that contains many freelancers and individuals in the middle of delivering this project to print.

“I do not condone sexual violence, coercion, assault, or violence of any kind especially against women,” he continued, while admitting that Kickstarter funds have already been spent.

“I cannot unpay freelancers or printers,” Evans said. “The money is simply not there. […] Refunds cannot be issued.”

Evans went on to say that any backers who don’t want their copy of Demon City are free to decline it. Those extra copies will be sold off and “the entire amount of that purchase” will be donated to The National Domestic Violence Hotline and Futures Without Violence.

Wizards concluded its own statement by thanking fans for their support, and directing them to a bundle available at its own online store called the Dungeon Masters Guild bundle. Proceeds from the sale of that product will also be donated to RAINN.

“We are grateful to be a part of this wonderful community, and we thank you for your passion,” Wizards said. “We remain committed to working with and learning from you, the D&D community. You may always share your comments and thoughts with us on our social media platforms and we are setting up an email address to receive feedback more directly.”

HARRISBURG, Pa. (AP) – Pennsylvania will undertake a primary election Tuesday amid civil unrest, a pandemic, the introduction of new voting machines in some counties and the debut of mail-in…