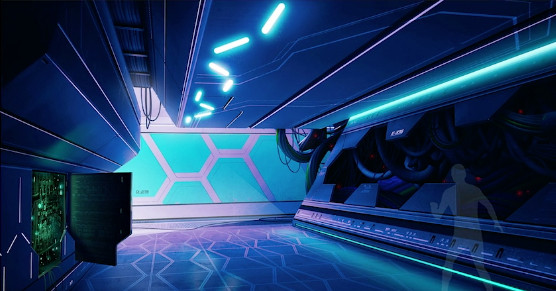 System Shock 3’s developer and troubled publisher have parted ways. OtherSide Entertainment will “buy back” the publishing rights — which basically means refund the money Starbreeze had invested in the project.

Starbreeze announced the buyback first in a statement on Monday, which called the decision mutual. It didn’t mention how much OtherSide would return to Starbreeze, but reports at the time that Starbreeze landed the publishing rights said the company had put in $12 million. OtherSide retained all rights to the System Shock property under the distribution-only partnership, similar to the one Starbreeze still has with Double Fine Productions for Psychonauts 2.

OtherSide, for its part, told fans in a Facebook post yesterday that the move comes “in light of Starbreeze’s current situation.” That refers to the bankruptcy protection Starbreeze announced in December, which caused the company to fire its chief executive and start cutting costs.

“OtherSide is rolling forward with System Shock 3,” the developer said on Facebook. “Warren Spector has built a great team and the game is more than halfway completed. At its core, it already feels like a System Shock game, while at the same time introducing new elements to the franchise. As the original creators of the game, we want to see this game made as much as our fans do.”

OtherSide Entertainment, founded by Paul Neurath of Looking Glass Studios (System Shock and System Shock 2’s original developer), announced System Shock 3 at the end of 2015. The game doesn’t yet have a launch date, nor is it related to the reboot of the original System Shock, which Nightdive Studios plans to release in late 2019 or early 2020.

Singer Justin Bieber and Twitter founder Jack Dorsey are thought to be among the 10.6 million people to have had their details leaked following the hacking of MGM Resorts. The…

WATCH: Mike Bloomberg Gets Bernie Sanders to Claim it’s Totally Normal to Own a ‘Summer Camp’