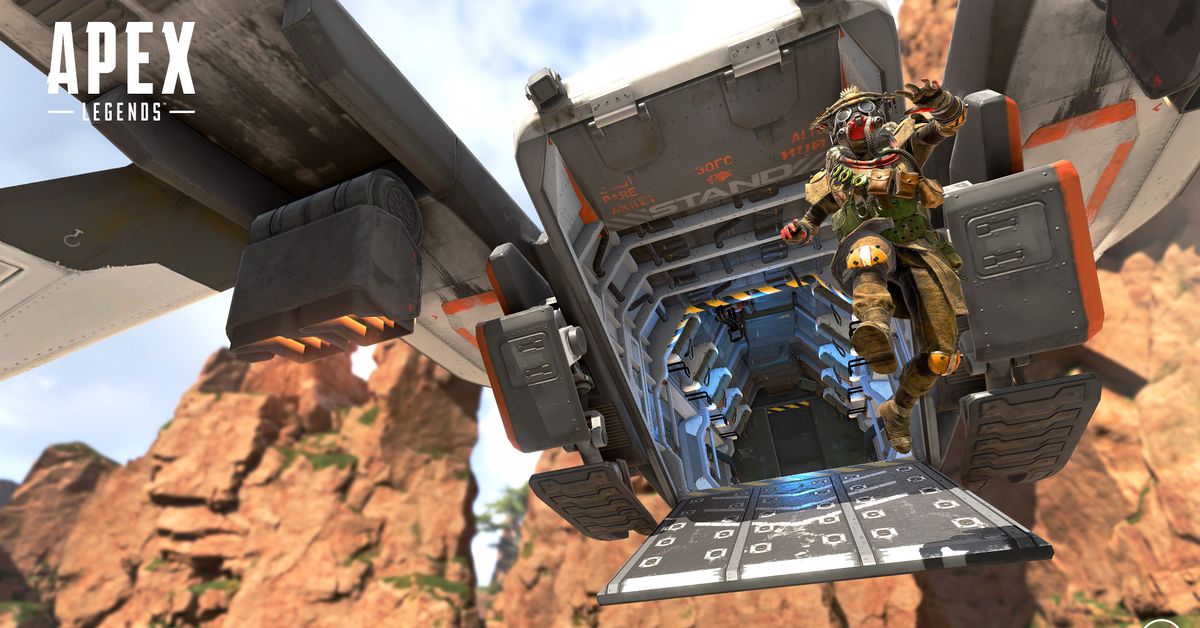 Respawn Entertainment has dropped Apex Legends’ first patch across all platforms. The changes to the game are small, but add a few new Valentine’s-themed items to the Kings Canyon.

For Valentine’s Day, players can buy two love-themed items from the in-game shop:

There is also a new Valentine’s Day challenge in the game. Players who revive an ally between now and Feb. 19 will receive an exclusive “Live Die Live” badge for their character banners.

Respawn focused on game stability for most of the patch. Players who were experiencing crashes, gray screens, server stability issues, and problems with their friends list should see some improvements. Respawn also fixed an exploit where players were able to duplicate their inventories.

The most notable fix in this patch will affect players who jump onto the supply ship. Players who revived allies on supply ships used to float through the ship and plummet to earth. Respawn has fixed this bug, and players can now revive their allies — even up in the clouds.

As far as balance, Bloodhound is the only Legend affected by this patch. Their active ability, Eye of the Allfather, now highlights the last position of detected enemies for one second less than it did before.

HONG KONG (AP) – Volunteers from a Hong Kong theater group are turning their backstage skills to helping fight the new virus, sewing reusable protective face masks for those who…