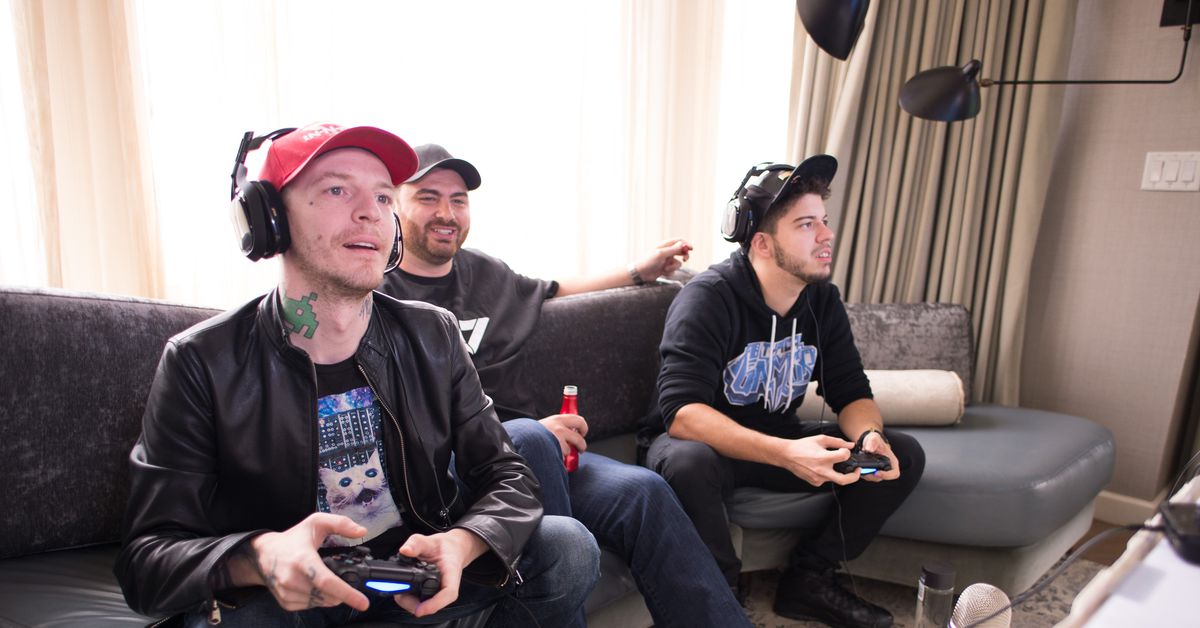 Joel “deadmau5” Zimmerman is suspended from Twitch following the use of a homophobic slur over the weekend during a livestream of PlayerUnknown’s Battlegrounds. The actions of the Amazon-owned media company prompted the producer and DJ to launch a tirade on Reddit where he promised to discontinue broadcasting on the platform going forward.

Both the clip of the incident and Zimmerman’s public response to Twitch have since been deleted. Polygon has reached out to both parties for comment.

The incident began over the weekend during a heated game of PUBG, the popular battle royale first-person shooter, in which Zimmerman was coming under unusually heavy fire from a concealed position.

“Is that some fucking cock-sucking stream sniper,” Zimmerman said, before concluding his sentence with a homophobic slur.

The clip was isolated by at least one viewer and reported by several dedicated music news organizations, including EDM.com. Since then tabloids like TMZ and other outlets have also picked up the story.

In his public comments on Twitch, Zimmerman is largely unrepentant. While he says homophobic slurs are “toxic” and “not an ideology i hold closely to my moral standing,” his response is seasoned with personal attacks on a journalist and complaints about the internet in general.

yeah, sorry about that guys…. i knew it was a fun place to connect and fuck around… but im not going to stand for twitch’s double standard when it comes to censoring and suspending me for harmless shit. While we’ve had some fun partnerships here and there, and they were a great company to work with… im gunna have to cut this one short. I dont have the capacity to deal with that kind of shit.

whatever dude. the internet is just basically full of shit for the most part…. and while what i said was generally toxic as fuck, and not an ideology i hold closely to my moral standing bya fuckin longshot…. it was just some bottom feeding piece of shit from colorodo who decided to make it news

while it was intended to insult a fuckin asshat who was being a fucking asshat…. it wasn’t “directed at an entire group of people who have a sexual orientation that differs from my own” fuck off with that shit. i know who i am, and i dont have to fucking sit here and cry and defend my fuckingself with the obligatory “IM NOT THAT PERSON, I AM SORRY” reflex. If im sorry for antying, im sorry that we live in a world where bottom feeding pieces of shit can sit there starring at a monitor, watching me play videos games, and just waiting for someone to get tilted so he can get a few fucking clicks. thats what i’m sorry for.

The post concludes by saying that, “the sane people who knew what it was in the heat of the moment knew the purpose of the statement, and the people that think otherwise, Im better off not even fucking knowing and they can just keep way the fuck clear of me.”

Update: In an email response to Polygon, Twitch declined to comment.