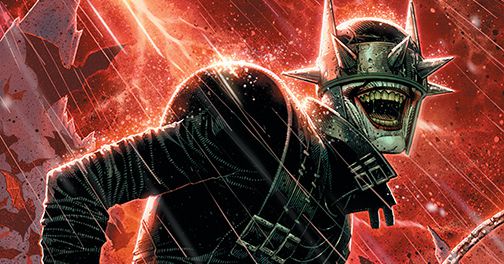 Dark times are ahead for a lot of superheroes, as DC Comics has announced that 2019 is the Year of the Villain. The company and its creatives have big summer plans in store for the Justice League and Superman, and multiple threats lined up for poor old Batman, including a new series spinning out of The Batman Who Laughs.

Readers themselves can get a hint of what’s to come in DC’s Year of the Villain, a 32-page anthology comic that will be available on May 1, for the bargain-basement price of 25 cents.

Taken together, the various stories of DC’s Year of the Villain will set the stage for what comes next in the biggest books in DC’s stable — Justice League, Action Comics, and Batman. The DC Universe’s premier superteam will butt heads with Lex Luthor’s assembled Legion of Doom, who now have help from the dark goddess Perpetua, in a storyline that “will continue to escalate throughout the rest of 2019,” according to a DC press release.

Superman will contend with the shadowy global crime syndicate known as Leviathan, with DC promising a “new status quo in DC’s dark world of espionage and terrorism.” Batman will face “City of Bane,” a “battle with the villains of Gotham” — likely in Tom King’s Batman series.

And finally, DC’s announcement confirms that the final issue of Scott Snyder and Jock’s The Batman Who Laughs miniseries will not be the last we’ll see of the infamous, fan-favorite Joker/Batman hybrid villain. DC’s The Year of the Villain book will include a Batman Who Laughs story, covering the aftermath of his miniseries and leading to an as-yet unannounced new series.

Check out the cover and variant covers of DC’s The Year of the Villain below.