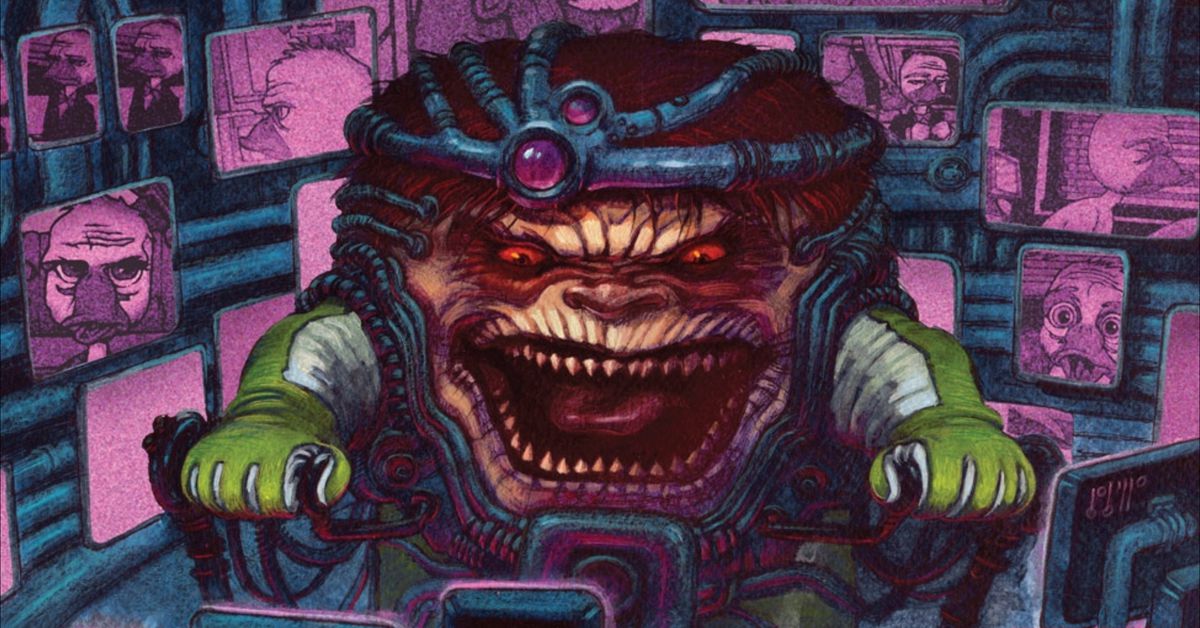 Marvel Television and Hulu are partnering for four animated series aimed at adult audiences, reports Variety. The four shows will focus on Marvel characters Howard the Duck, Hit-Monkey, the villain MODOK, and finally, Tigra and Dazzler — and be crafted by folks like Kevin Smith, Patton Oswalt and Chelsea Handler.

And, eventually, they’ll all come together for a team-up series called — wait for it — The Offenders.

Howard the Duck is one of Marvel’s handful of satirical, infamous in the comics industry for a rights dispute and how incongruous he is to the rest of the Marvel setting, and outside the industry for a disastrous 1986 film adaptation. The putative Hulu series will be written and executive produced by Smith and Dave Willis (Aqua Teen Hunger Force), and will reunite Howard with his long-time human flame Beverly and bell-themed super scientist foe, Dr. Bong.

MODOK, from Jordan Blum (American Dad!) and Oswalt, will follow the Marvel supervillain with the very large head, whose name stands for “Mental Organism Designed Only for Killing.” MODOK apparently has to balance his work life — managing his mad science arms dealing organization, Advanced Idea Mechanics — and his “demanding family.”

Hit-Monkey is based on the most obscure character of the Hulu bunch. The eponymous simian, created by Daniel Way and Dalibor Talajić, has appeared in a handful of Marvel comics beginning in the early 2010s. He is a Japanese macaque, or snow monkey, whose troop was murdered by Yakuza enforcers for harboring an injured assassin. Using the skills he learned by watching the nameless assassin, Hit-Monkey has sworn vengeance on all assassins, for bringing violence to his home.

In other words, yes, he’s a Deadpool supporting character. Hit-Monkey will be written an executive produced by the creative team of Josh Gordon and Will Speck (Blades of Glory, Office Christmas Party).

Of the final Hulu series in this partnership, Tigra & Dazzler, we can only assume that it will follow the Marvel characters of the same name. Tigra’s origin is a big ball of Explanations That Only Fly in Comics, but she is essentially a woman with various jungle-cat-based abilities, as well as physical attributes, like fur, claws, and a tail. Dazzler is an off-again-on-again member of the X-Men, a mutant with the ability to turn sound into a broad spectrum of light, “dazzling” her foes and even creating powerful lasers. In her day job, she’s also a famous pop musician.

From Erica Rivinoja (The Last Man on Earth) and Chelsea Handler (Chelsea Lately), Tigra & Dazzler will not be Marvel Television’s first foray into the realm of X-Men characters, one usually associated with 20th Century Fox exclusively. Both Legion and The Gifted are based on X-Men characters, although both were developed in partnership with 20th Television.