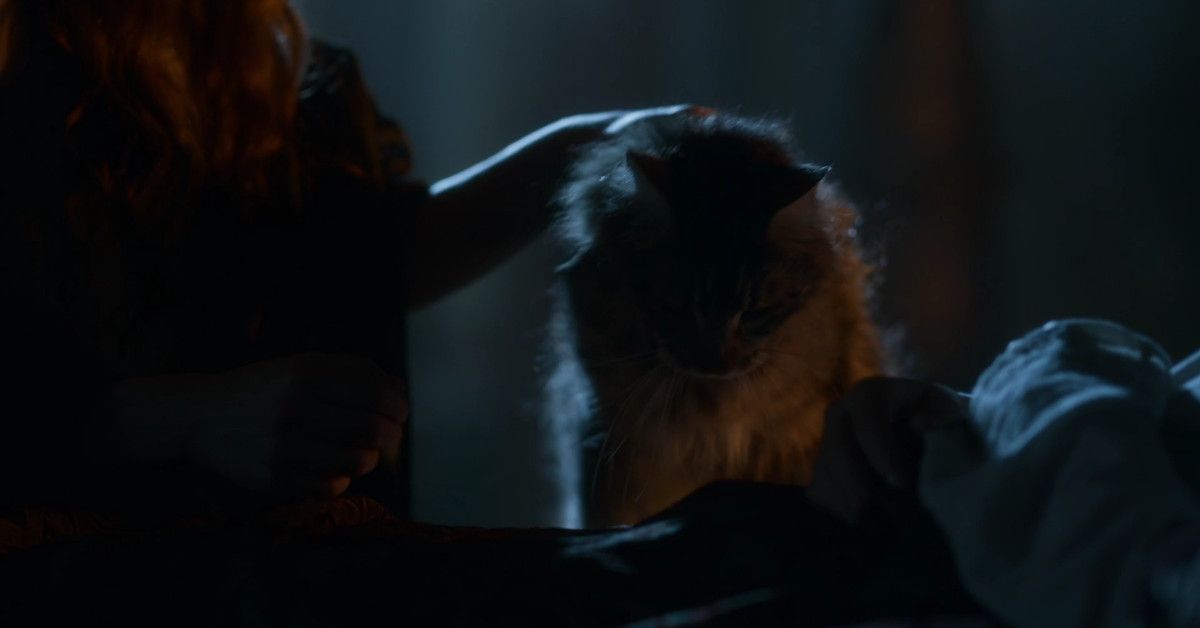 Game of Thrones is not a hospitable story for the weak of heart, and King Tommen’s passive nature made him into a target for anyone who wanted to work him like a puppet and rule the seven kingdoms. No one liked King Tommen for Tommen. Even his own mother mostly just wanted access to all that sweet, sweet power.

His only true friend in the world was Ser Pounce, his beloved cat. The cat who heroically rushed to Tommen’s aid when Margaery Tyrell attempted to seduce the young man for the greater glory of her own house.

Ser Pounce literally tried to come between the two characters, but it was too late. The selfless cat was too pure for this world, and a recent interview confirmed its death. Cersei herself committed the unspeakable deed.

“Cersei hated the name ‘Ser Pounce’ so much she could not allow him to survive,” David Benioff told Entertainment Weekly. “So she came up with her most diabolical [execution]. Ser Pounce’s death was so horrible we couldn’t even put it on the air.”

Ser Pounce is ultimately another character in the tradition of Ned Stark: Someone who tried to do the right thing and was destroyed in the attempt. Would King Tommen be alive if Margaery’s seduction had failed, and he was never tempted to take his own life due to her murder? Perhaps. Or maybe Tommen was always destined for an untimely end due to his lack of cunning. We’ll never know.

What we do know is that Ser Pounce tried, and that’s more than we can say for most of the characters on Game of Thrones. Chaos might be a ladder, but Ser Pounce was always content to simply play near its feet. And look where it got him.

The real reason for the death of Ser Pounce

There’s another, simpler, reason we rarely see animals on the show, however. They’re hard to control.

“That cat was really not fun to work with,“ Benioff said in the same interview. “There’s a reason the phrase ‘like herding cats’ came into existence.”

It’s the same reason the creative team rarely checks in with the surviving dire wolves.

“The dire wolves are tough because you don’t want to get them wrong, so we end up always shooting real wolves and doing a scaling trick with them, but the real wolves only behave in certain ways,” effects supervisor Joe Bauer said in an unrelated interview with the Huffington Post. “… I think that has something to do with why the dire wolves are in the show but they’re not maybe as integral as they are in the books,” he said.

Cutting Ser Pounce from the show and only later confirming his death makes sensitive from a creative and logistical perspective, but not from an emotional one. Rest in peace, brave prince.

A resolution to declare Tennessee a Second Amendment sanctuary state passed the state House of Representatives on Monday evening. “When our liberties are being threatened, it is incumbent on us…

A video out of New York City shows a police officer getting attacked as violence and looting following what began as peaceful protests over George Floyd’s death continued. The Sergeants…