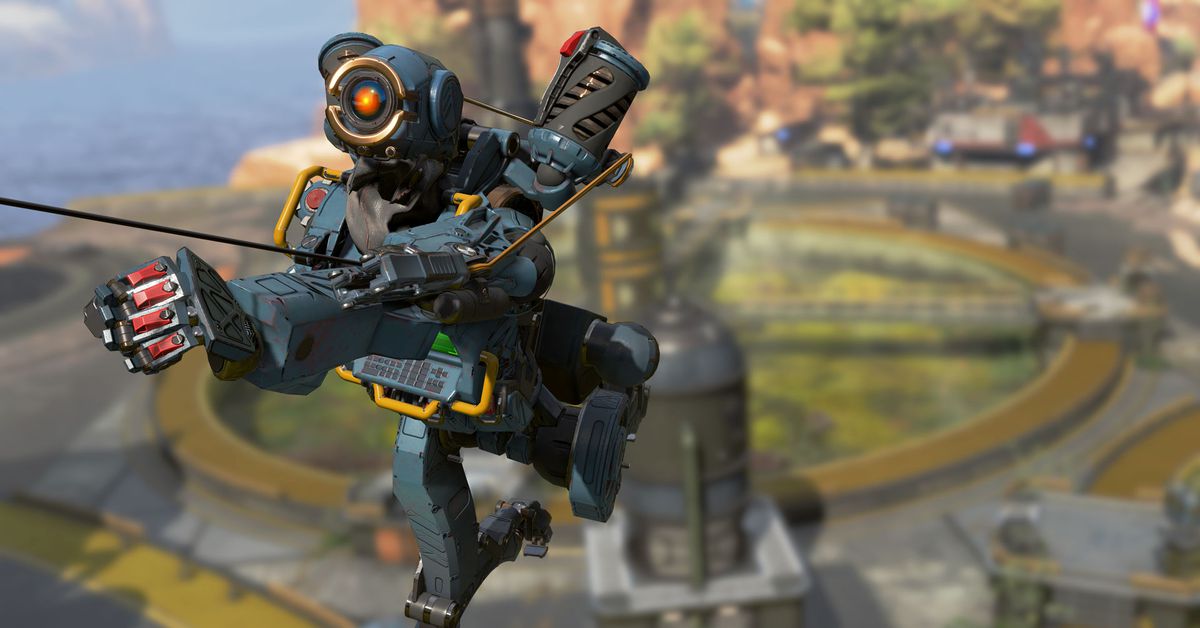 Electronic Arts is under enormous pressure. The company’s stock has tumbled in the wake of news of a troubled Star Wars game and a weak showing from Battlefield 5, and investors are growing restless. That’s likely why EA is taking the risk of cannibalizing its own success with the release of Respawn Entertainment’s Apex Legends, a free-to-play battle royale shooter.

EA’s roadmap was straightforward as of last week: Anthem in February, and a major Battlefield 5 update, with the long-awaited Firestorm battle royale mode, in March.

The surprise launch of Apex Legends upends that plan.

Early feedback on Respawn’s new game is overwhelmingly positive. More than a million players logged in during the first eight hours, with 2.5 million playing in the first 24 hours. That number then jumped to 10 million players in the first three days. Apex Legends took Twitch by storm, thanks to popular streamers like Shroud and Dr. Disrespect playing the game. Even Fortnite poster boy Ninja is playing, and streaming, Apex Legends.

The problem is that there are only so many hours in the day, and players will only spend those hours playing a limited number of shooters. EA isn’t just competing with its rivals by launching two games that appeal to similar audiences as many of the other February releases do; it’s also competing against itself.

Apex Legends is part of a bold strategy. A stand-alone, AAA, free-to-play battle royale game is a risk, even from a studio as respected as Respawn. But solid gameplay, an early bump from influencers, and features that set it apart from other battle royale games show that Apex Legends could have staying power. It might even be enough to stand tall against Fortnite.

A game like Apex Legends doesn’t come together overnight. Respawn told Polygon that it saw PlayerUnknown’s Battlegrounds blowing up in 2017, and designed Apex Legends to capitalize on the growing battle royale trend. It was an opportunity to make a mark in a genre that was still finding its footing.

Since then, battle royale hasn’t just taken off; it has solidified, with clear market leaders that have pulled away from the pack. In July 2018, analytics firm SuperData noted that executives were finally willing to admit what everyone else in the industry already knew: Fortnite was starting to eat into traditional game sales. Notably, this was just three months after Epic launched the game on iOS.

Apex Legends taking off would be great news for EA, in a vacuum. But with Anthem only two weeks away, the popularity of Apex Legends could jeopardize the launch of BioWare’s first game since the underwhelming Mass Effect: Andromeda. Most companies wouldn’t release a surprise free-to-play shooter in the middle of promoting another high-profile online game, but EA isn’t most companies.

There are a number of possibilities for how this will shake out:

Option No. 3 isn’t outside the realm of possibility, but history provides reason for concern. EA made a mistake when it released Titanfall 2 and Battlefield 1 just one week apart in a crowded holiday season in 2016.

CEO Andrew Wilson was confident about the decision at the time.

“We believe that Battlefield 1 and Titanfall 2, while they have some overlap, fulfill very different motivations in what a player is looking for,” Wilson said during an earnings call. “So we think there are really three types of players: people that really love Battlefield, and that type of big strategic gameplay that will orient in that direction; the player that loves the fast, fluid, kinetic gameplay of Titanfall 2 and really orients in that direction; and the player that just has to play the two greatest shooters this year and will buy both.”

Fast-forward to an earnings call on Jan. 31, 2017, when EA announced that Titanfall 2 fell short of sales expectations.

And there’s one more potential casualty of EA’s decision to release Apex Legends this month.

Battlefield 5 is getting its own take on the battle royale genre, called Firestorm, in March. Firestorm missed the game’s October launch, but in exchange, it gives EA an opportunity to resurface Battlefield 5 this spring for new players and recapture those who have lapsed.

“Audiences tend to be more loyal to a category or genre than a specific franchise,” van Dreunen says. “Consequently, it is possible that Apex eats into BF5’s battle royale mode.”

Battlefield 5 is already in a tough spot. It’s telling that all EA had to say about the game in its third-quarter earnings release this week is that … it was released. Comparatively, here’s what EA had to say after Battlefield 1’s debut: “Battlefield 1 was our biggest Battlefield launch ever and has a player base more than 50% larger than that of Battlefield 4 in its comparable launch quarter.”

It’s not what EA is saying about Battlefield 5; it’s what it isn’t saying. There’s no praise or glowing stats. Acquiring and retaining players is going to be harder than it has been in years past for the Battlefield franchise, especially for the first entry to launch without a traditional season pass.

Wooing new players to a premium game with a battle royale mode is a tougher proposition when you’re offering another game in the genre for free.

The road to March 31

The competition for players’ time will only become more crucial as publishers put greater importance on monthly active users over initial sales. Getting players to boot up a game regularly creates emotional investment, which leads to recurrent in-game spending. The developers of these games must accrue players quickly, and find ways to keep them playing. There’s no reason to purchase a skin for a game you may never return to.

EA needs to retain the players flirting with Apex Legends for the long term if it wants to monetize them. Too often, new games see a large audience at launch, as a sort of “vacation” from the franchises that players are actually invested in.

“Free-to-play titles that initially draw a large crowd — with or without the help of a string of tastemakers promoting it — eventually see players return to their preferred franchises,” van Dreunen explains. “For one, because of the social layer in many games, switching costs are increasingly high. So what you’re seeing is a form of tourism: People play the hot new game for a bit and then just go back. This means that despite strong initial enthusiasm, playtime only becomes an indicator for spending over an extended period.”

EA’s best hope is to coordinate content drops in both Anthem and Apex Legends that encourage players to hop back and forth between the two games, while also somehow keeping alive the audience’s interest in Battlefield 5. Taking additional steps to ensure that BioWare and Respawn’s games don’t step on each other’s toes (at least for the first few months) will be an important way to ensure the long-term health, and profitability, of both games.

With EA’s stock price rebounding on the back of Apex Legends’ early success, the company’s strategy seems to be paying off at the moment. However, if the publisher doesn’t have a focused plan to promote Anthem as it sits in Apex Legends’ shadow, EA may be sacrificing BioWare for Respawn.