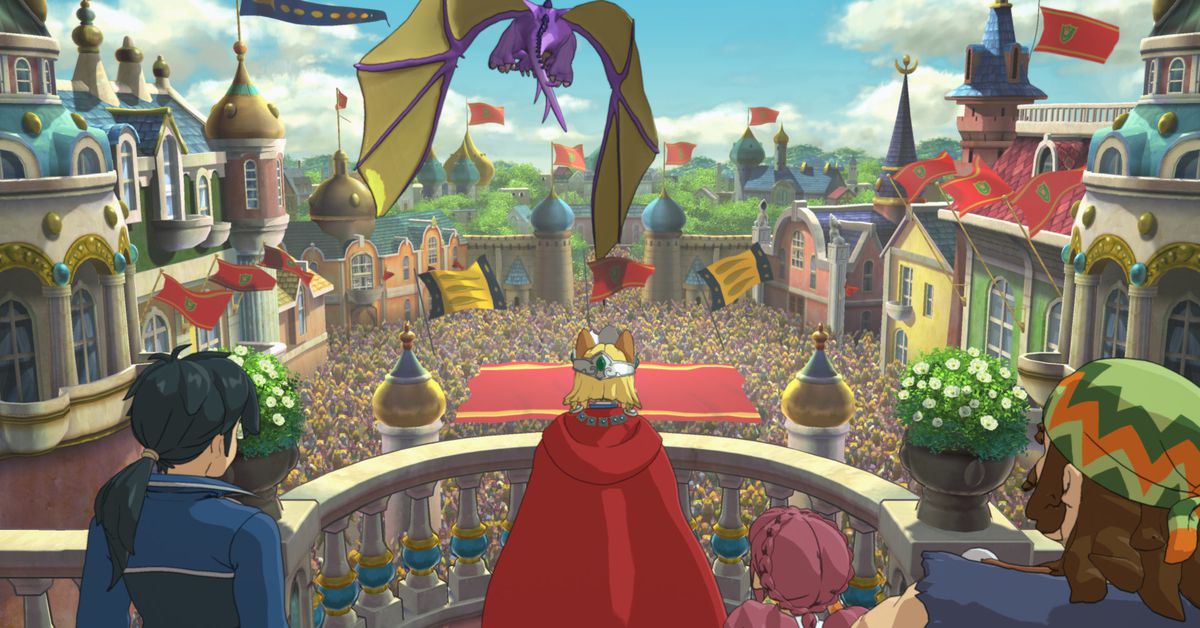 Ni no Kuni will be adapted into an anime film, releasing this summer in Japan, Level-5 and Warner Bros. announced today. The project has brought aboard some big names familiar to anime and Ni no Kuni fans.

Yoshiyuki Momose, a Studio Ghibli veteran who worked on two prior Ni no Kuni titles with Level-5, is the film’s character designer. The composer Joe Hisaishi, likewise an anime mainstay with more than 100 scores (some for Studio Ghibli’s famed Hayao Miyazaki), will be handling the music.

Both Momose and Hisaishi worked on 2013’s No no Kuni: Wrath of the White Witch and 2018’s Ni no Kuni 2: Revanant Kingdom.

Level-5’s chief executive, Akihiro Hino, has written the screenplay and will be the executive producer. Hino has been the writer for all three of the Ni no Kuni games.

A news release said that the story will involve a hero, voiced by Kento Yamazaki, who travels with a friend between the real world and the “second country” (the title’s literal translation). In a news conference announcing the anime, Yamazaki said reading Hino’s script for the first time gave him goosebumps. “I did not expect that a voice offer would come,” he said (according to a translation).

Siliconera, which reported the announcement today, noted that animation studio OLM is on the project; that shop has worked on the Yo-kai Watch and Inazuma Eleven franchises (which Level-5 also develops). Ni no Kuni is scheduled to release this summer in Japan. No plans were mentioned for western distribution or availability.

BANGKOK (AP) – The virus outbreak in China has put South Korea’s economy into an “emergency situation,” its president says. Japan is on the brink of recession and big manufacturers…

LAHORE, Pakistan (AP) – The U.N. secretary general said Tuesday that the virus outbreak that began in China “is not out of control but it is a very dangerous situation.”…