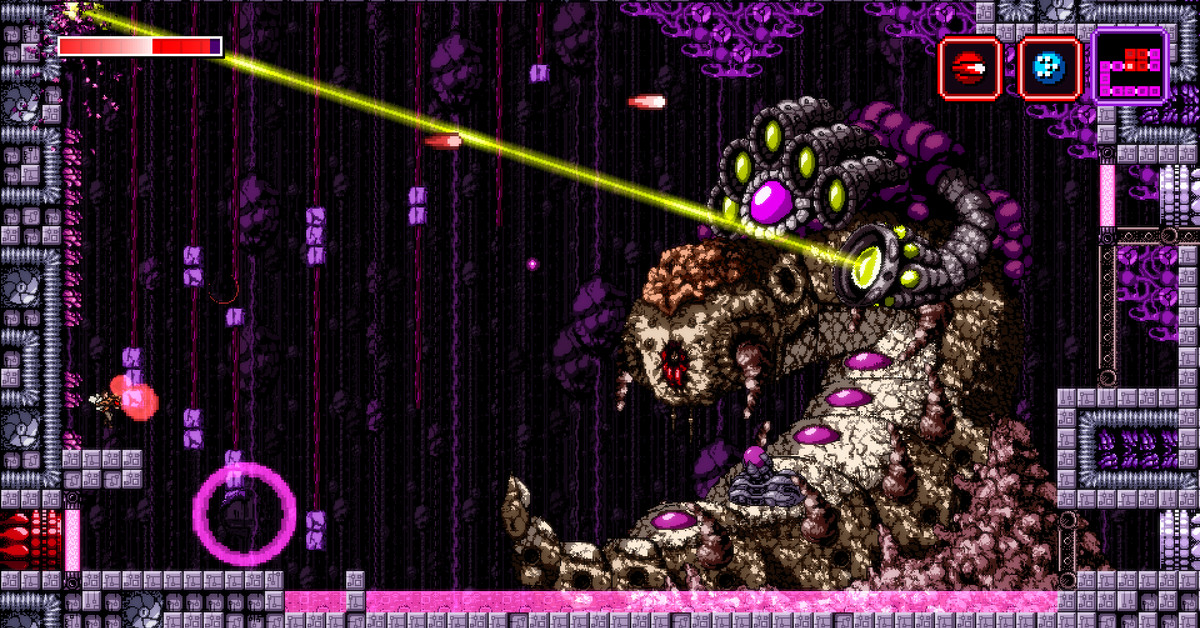 Epic Games is giving away cyberpunk Metroidvania Axiom Verge on its store right now, but players quickly found that there’s a serious error with the free game. It turns out that Axiom Verge had a bad crashing glitch, all because the developer took out all mentions of “Steam” from the game’s code.

LaGrasta followed this up with a wink to the ongoing battle between Epic Games Store and Steam, Valve’s dominant PC gaming storefront. Since Epic Games launched its competitor in December, the company has taken steps to sway both buyers and developers away from Steam. The company has regularly given away games, promised a better revenue split for developers, and secured some big-deal exclusives.

Axiom Verge creator Tom Happ clarified that the glitch has nothing to do with buying into the war that Epic is waging against Valve. (The game is still available on Steam, after all.) The reason he pulled out “steam”-related files from the Epic Games Store version is a lot less malicious.

“For anyone missing Steam.xnb from the Epic store, please go to [Axiom Verge] in your library, click the gear icon, Verify, then Update,” Happ tweeted in response to reports of the crash; the update has been live since.

“I was thinking it being Epic and all, I shouldn’t include valve’s dlls and such, so I excluded all files with ‘Steam’ in the name… oops.”

The most ironic part of all of this? Since the Epic Games Store doesn’t have the same kind of community forums that Steam has, people who were running into the Axiom Verge glitch on the Epic launcher ended up turning to Steam for help troubleshooting the problem.

Axiom Verge is available for free on Windows PC through the Epic Games Store until Feb. 21.