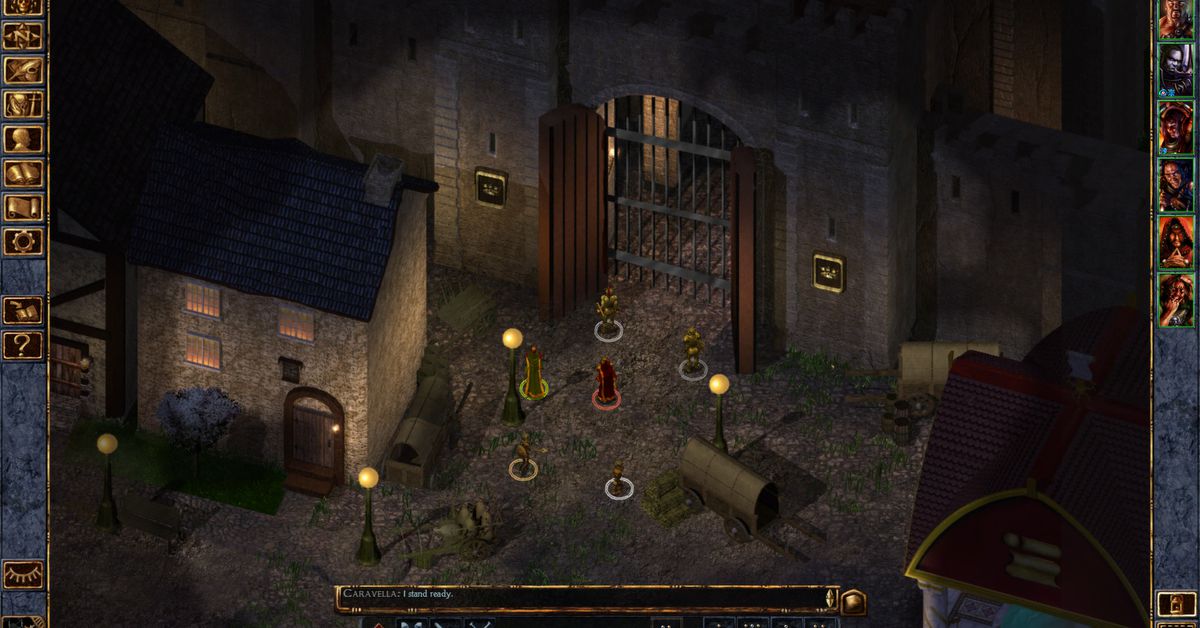 A slew of classic computer role-playing games — including Planescape: Torment, Neverwinter Nights, and multiple entries in the Baldur’s Gate series — will be playable on consoles for the first time later this year.

Beamdog, the developer behind the existing PC editions of these titles, announced the news Thursday in conjunction with Skybound Games. The ports will be the enhanced versions of Baldur’s Gate (originally launched in 1998), Baldur’s Gate 2: Shadows of Amn (2000), Baldur’s Gate: Siege of Dragonspear (2016), Icewind Dale (2000), Neverwinter Nights (2002), and Planescape: Torment (1999).

All of these enhanced editions were published by Beamdog on PC between 2012 and 2018.

“These games are iconic, including Baldur’s Gate, which has really set the standard for Dungeons & Dragons computer roleplaying games,” Ian Howe, Skybound Games’ chief executive, said in a statement. “As longtime fans of Baldur’s Gate and Dungeons & Dragons, it’s fantastic to partner with Beamdog as the newest member of the Skybound family.”

The news release did not give a launch date for any of the six titles, nor did it specify which consoles would be getting them. When these games do release, they’ll be sold online through Skybound’s website and at retail.

Those attending PAX East 2019 in Boston (March 28-31) will be able to see a selection of Beamdog’s offerings in the Skybound Games booth. It will mark the first anniversary of Skybound Games, the video games publishing arm established last year by Skybound Entertainment, founded by The Walking Dead creator Robert Kirkman.