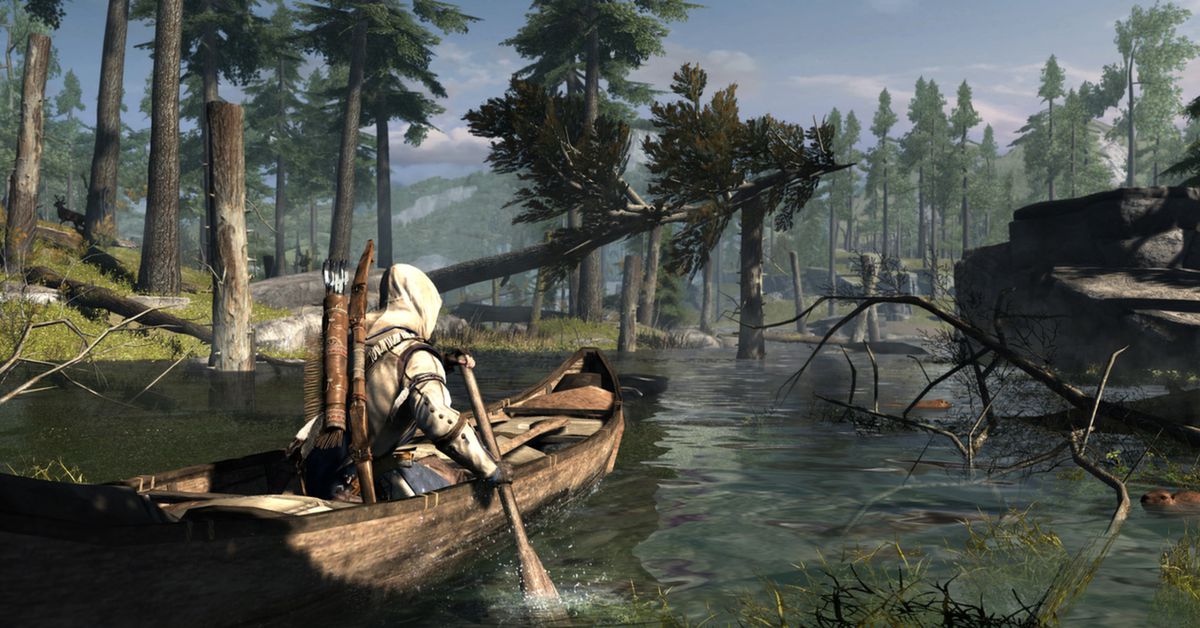 In addition to bringing 4K resolution and HDR support, the remaster of the 2012 game will include higher-resolution textures and improvements to gameplay and controller ergonomics. Assassin’s Creed 3 Remastered will also include all of the game’s original post-launch content, such as the Benedict Arnold and Hidden Secrets missions, and the Tyranny of King Washington expansion.

Assassin’s Creed 3: Liberation Remastered will similarly update the spinoff title that originally launched for PlayStation Vita in 2012, and on PlayStation 3 and Xbox 360 in 2014. That is also included with the March 29 launch.

Both games are set in the United States in the mid-to-late 18th century, as the Assassin’s Creed story explored pre-Revolutionary War America in Boston (Assassin’s Creed 3) and New Orleans (Liberation). It was the first setting in the Western hemisphere for the then-5-year-old series, featuring a Native American protagonist in AC3 and an African-French woman as the hero of Liberation.

RICHMOND, Va. (AP) – Democrats in the Virginia House are advancing a package of gun-control measures less than a week after tens of thousands of pro-gun advocates from around the…

Trump touts appointment of Kavanaugh and Gorsuch at March for Life

President Trump addressed the March for Life on Friday, touting his appointment of judges who interpret the Constitution “as written.” “To uphold our founding documents, we have confirmed 187 federal…