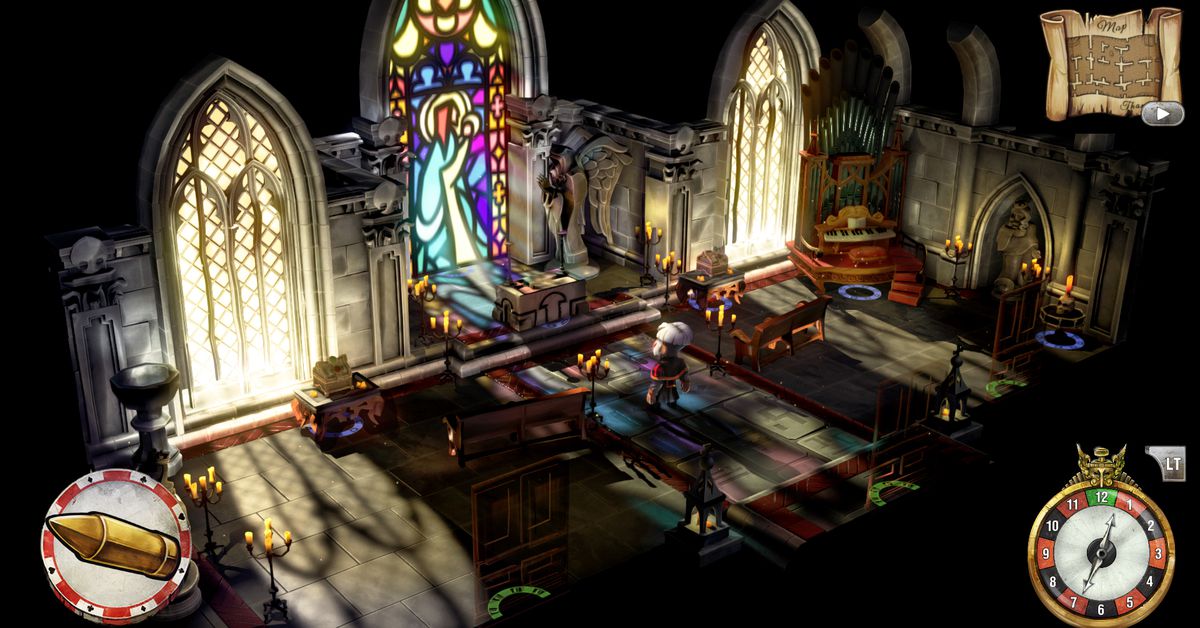 Most of the games in Fanatical’s bundle are point-and-click adventures, usually set in creepy mansions, that call for exploration and sleuthing to figure out whodunnit. In The Invisible Hours, which can be played with or without a VR headset, the famed inventor Nikola Tesla invites a group of strangers — with complicated pasts, of course — to his mansion, à la Clue (the movie), only to turn up dead in the foyer. In Cognition: An Erica Reed Thriller, it’s the supernaturally-gifted Detective Reed’s brother who’s been murdered.

There are a few twists on the murder mystery format included in the bundle as well. In the dystopian Beholder, you play as a a building manager and secret agent of a totalitarian state tasked with spying on your tenants. Bohemian Killing takes the form of a courtroom drama in which you, the player, have been accused of murder in 19th Century Paris. And The Sexy Brutale plays like a murder mystery version of Groundhog’s Day, reliving the same masked ball over and over again until you solve the puzzle.

The ten games included in the Undercover Bundle have a combined value of around $143, which means you’ll save a whopping $140 on this bundle. In my opinion $3 is worth it for The Sexy Brutale alone, which normally retails for $20 by itself.

Reports of Russian bounties on U.S. troops ‘must be pursued relentlessly’: Schumer, Pelosi

Top congressional leaders on Thursday received a classified briefing from intelligence officials on reports that Russia had offered bounties on American and coalition forces in Afghanistan. Read more… Please follow…

NASHVILLE, Tenn. (AP) – Gov. Bill Lee on Thursday called on every law enforcement agency to review and update its use of force policies, as well as scrutinize guidelines surrounding…