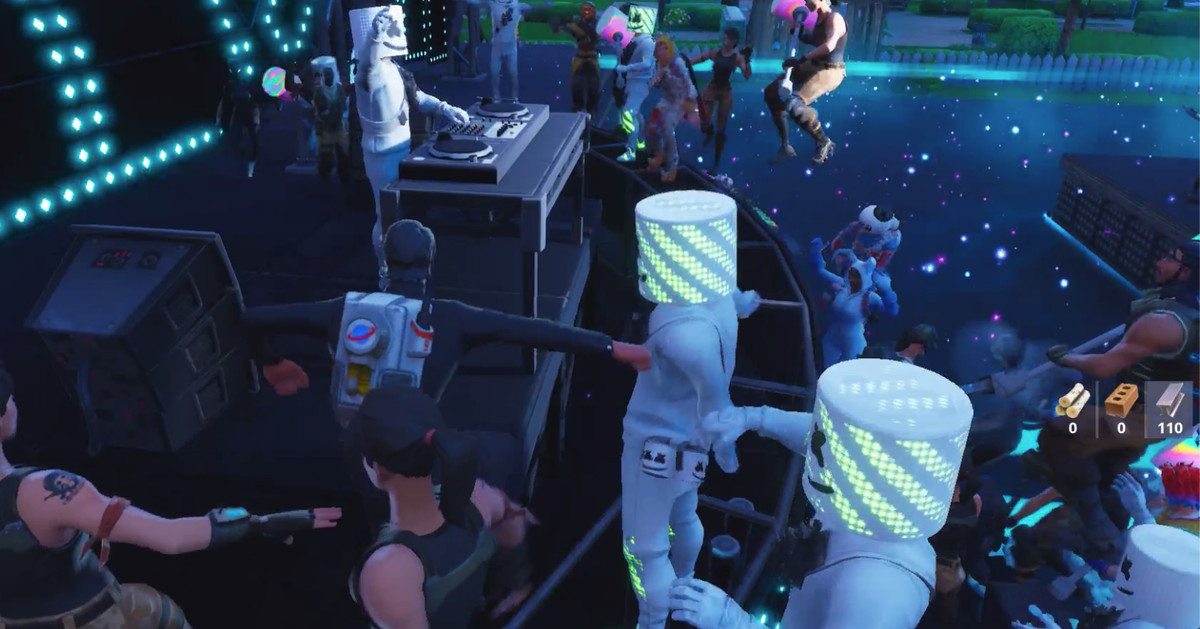 Today saw bizarre new ground broken in the world of live concert spectacles. Marshmello, known D.J. and EDM artist, hosted a live concert within the confines of a video game. Fortnite was of course the venue, specifically Fortnite’s Pleasant Park.

The concert lasted about 10 minutes, and featured a small handful of Marshmello’s most well-known songs, including “Happier” and “Alone.” The songs were blasted through the in-game audio, removing all player sound for a cleaner experience.

Throughout the concert, Marshmello was represented by an in-game avatar (dressed as Marshmello, of course), that was synced with his actual movements. The artist performed the short set in a full motion-capture studio, so that every fist bump and clap could be represented in game.

Adding to the spectacle, there were various in-game events that occurred throughout the concert, sending players into zero gravity or causing massive yellow balls to appear from the sky.

Once it was all over, the concert-goers were teleported into the air and proceeded to kill one another upon landing.

The full concert can be viewed above.

Mariann Edgar Budde: I had to disassociate us from Trump’s ‘symbolic’ gesture at St. John’s

Bishop Mariann Edgar Budde of the Episcopal Diocese of Washington on Tuesday said President Trump is welcome to pray at St. John’s Episcopal Church near the White House but that…

Dozens of Washington, D.C. protesters found their way into a home to evade law enforcement officials trying to maintain control of the city. As protests over George Floyd’s death in…