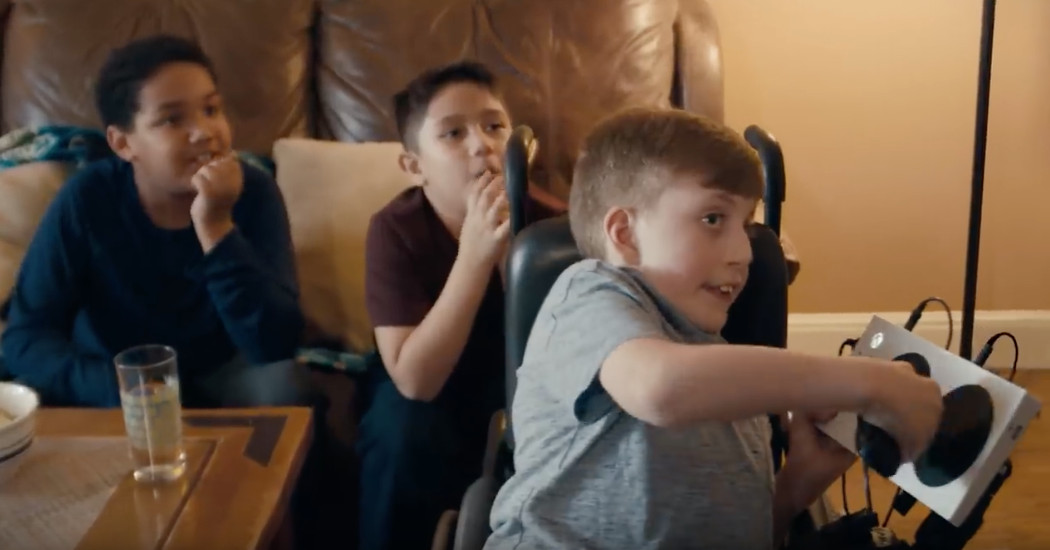 OK, I’ll stop being a grouch for once and smile at something trying to be nice, and not because one of the kids in this ad is named Owen. It’s pretty sweet. It’s Microsoft’s spot for the Super Bowl this weekend, highlighting the Xbox Adaptive Controller.

Joining Owen (no relation) are Sean, Ian, Taylor, and Grover, surefire candidates for a Goonies reboot if I’ve ever seen one. They open up matter-of-factly about their physical limitations, in which they don’t have the full use of limbs and digits that other players do to manipulate the Xbox One’s twin-analog gamepad.

“I never thought it was unfair — I just thought, hey, this is the way it is, and it’s not gonna change,” Ian says.

Of course, the Adaptive Controller, which launched back in May, is a change. A big one. Even in a two-minute advertisement, it’s hard to show all the ways in which the pad can be remapped, paired with other peripherals, mounted for an individual’s ergonomic needs, and just plain used so someone can enjoy a video game. It’s way more than just two large buttons and an oversized D-pad, because there’s no way you could approach this kind of need with a one-size-fits-all-design.

Yeah, it’s still an ad for a video game product ($99, but we found that reasonably priced given what it does) and for sure it’s great P.R. for Microsoft. You’ve probably seen the other ad for Microsoft’s adaptive controller, “Reindeer Games.” In it, the Owen in question is attempting some video gaming feat using the Xbox Adaptive Controller. Another kid runs shrieking through the neighborhood to summon an audience. Its heart is in the right place, but after seeing it once, the tone comes off a little contrived to me.

Far better to just let the girls and boys put it in their own words, on what this means to them — and, just as importantly, their parents. Being a Mom or a Dad means signing up for a nonstop parade of worries, even when everything is going well. And the biggest of those worries sometimes is just hoping your kid gets to enjoy all the things in life other kids get to enjoy, too. This controller, for many, allows that.

LANSING, Mich. — Organizers said Monday that they will begin collecting voter signatures within days for a veto-proof measure that would repeal a law that has given Gov. Gretchen Whitmer…

Colin Kaepernick will be featured in a documentary series produced by ESPN Films as part of a first-look deal with The Walt Disney Co. Read more… Please follow and like…