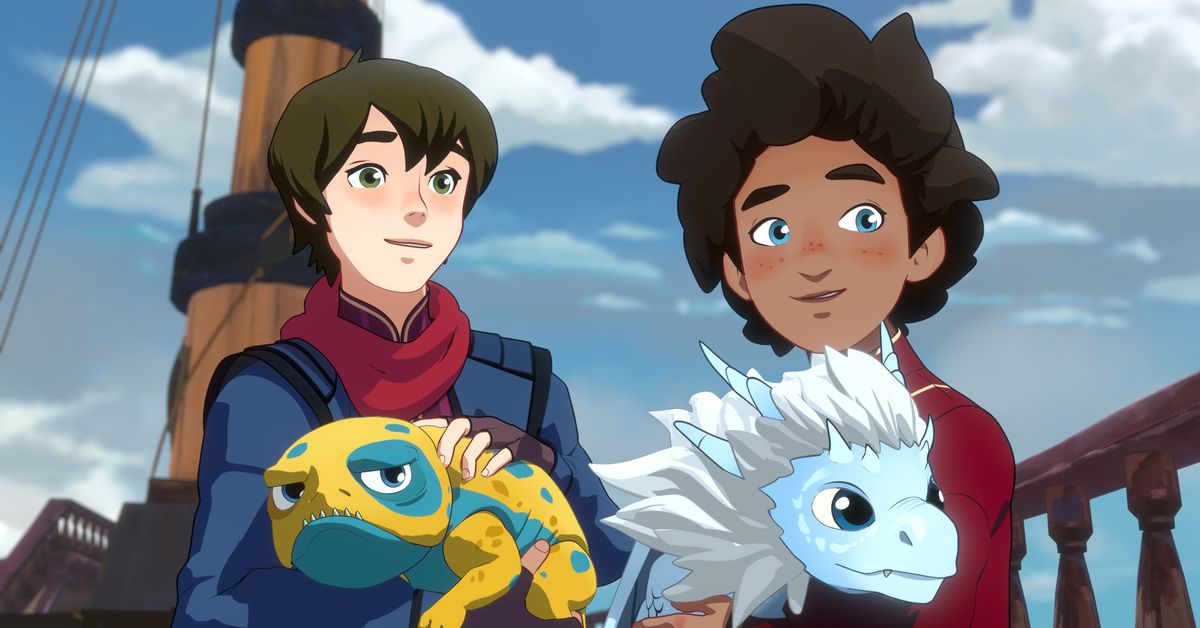 The Dragon Prince season 2 premieres in February with one major change: a smoothed-out animation style.

The fantasy series drew high praise for its world-building details, diverse and engaging cast of characters, and exciting plot worthy of its Avatar pedigree. But one issue even diehard fans of the series had was the animation frame rate. While the visuals themselves were stunning, the choice to give the 2D animation a stop-motion feel came off as rigid.

As head of community management for The Dragon Prince, Danika Harrod noticed that a vocal contingent on Twitter, Tumblr and other social platforms (where the series earned a reputation for engaging with fans) couldn’t look past the animation style in season 1. In September 2018, head writers Justin Richmond and Aaron Ehasz told Polygon that fan input was essential to the series, and they seem to have stuck to their word.

“I think that the animation is the big thing. It’s really fine-tuned for season 2,” Harrod told Polygon in a phone interview. “We just heard a ton of feedback on [the animation] and the guys take it really seriously.”

The Dragon Prince creators confirmed for Polygon that the second season animation adjusts the controversial frame rate to provide a sleeker and more traditional look to the show. Moving forward with the style, as a response to fan feedback, is something that Richmond and Ehasz want to continue doing.

“We’re really proud of what we did with season 1, but I think we always try to do better,” Richmond told Polygon. “Every time we get the ability to do more of this stuff, we’re always trying to make the process better. We really tried in season 2 to make the show look as good as it possibly could. I think we took some of the notes to heart and said we can fix some of the things that people may not have liked as much.”

Season 2 of The Dragon Prince premieres on Netflix on Feb. 15.

Unnamed Senior White House Official Gets Mocked for Being ‘Ashamed’ by Trump Photo Op: ‘Then Resign’

Samuel Corum/Getty Images A White House official is reportedly outraged by President Donald Trump’s latest conduct amid the social unrest over George Floyd’s death, according to an Axios report which…