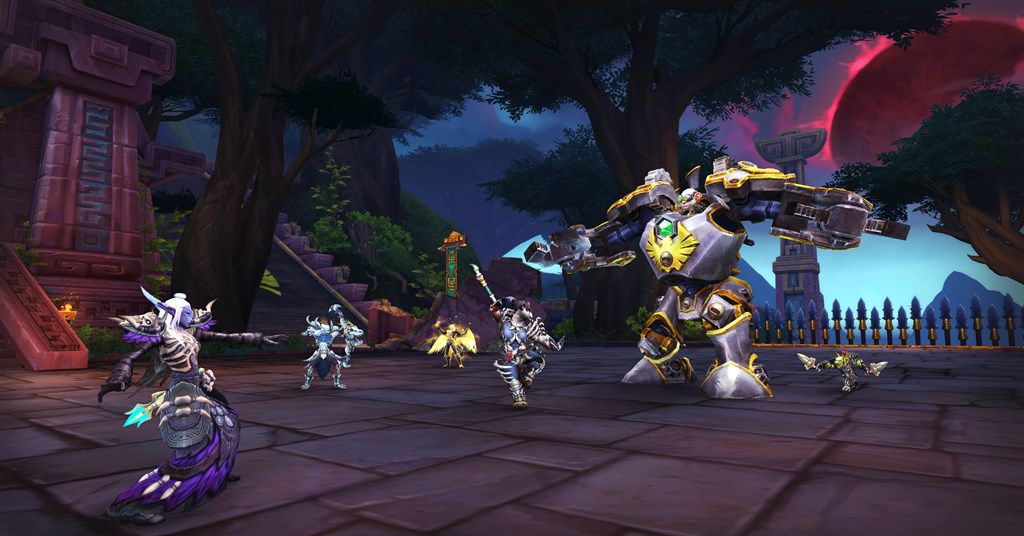 World of Warcraft’s newest raid has been out for a week now and that means it’s time for Mythic, the raid’s hardest difficulty, to be released. In Battle of Dazar’alor, just like every other raid, the release of the hardest difficult comes with a fanfare of competition as the world’s top guilds race to see who can finish all of the encounters first. Just like last time around, when it managed to capture the coveted title of world first, one of the world’s top guilds, Method will be stream all of its progress through the raid.

The race through Uldir was the first time that Method had ever streamed its progress during a raid. Some of the guild’s most well-known members set up at Red Bull’s esports facility in London, with the rest of the raiders streaming from home. The stream was hosted by a variety of Method personalities, and since the set-up worked so well last time, the guild is doubling down this time around and pulling out all the stops.

For the Battle of Dazar’alor race, Method will once again have a few players stationed at the Red Bull’s esports sphere, but it will also have a large group ready to host the event including popular World of Warcraft and Method streamers. The hosts will include people like Alan “Hotted” Widmann and JB “JdotB” Daniel from Method, as well as Mike Preach and Adam “Bay” Knych that players might know from Twitch or YouTube.

The entire race will be hosted on Method’s official Twitch channel — which is embedded at the top of this post — as well as point of view streams from almost every one of the guild’s raiders, whose streams can be found on Method’s streaming page. The stream is set to start as soon as Blizzard puts World of Warcraft’s European servers back online, which should be sometime around midnight ET on January 30.

Seattle urged to see a ‘world without law enforcement’

SEATTLE (AP) – Representatives from a new coalition urged the Seattle City Council to immediately begin redirecting millions of dollars in funding from the Police Department to community-based solutions, affordable…