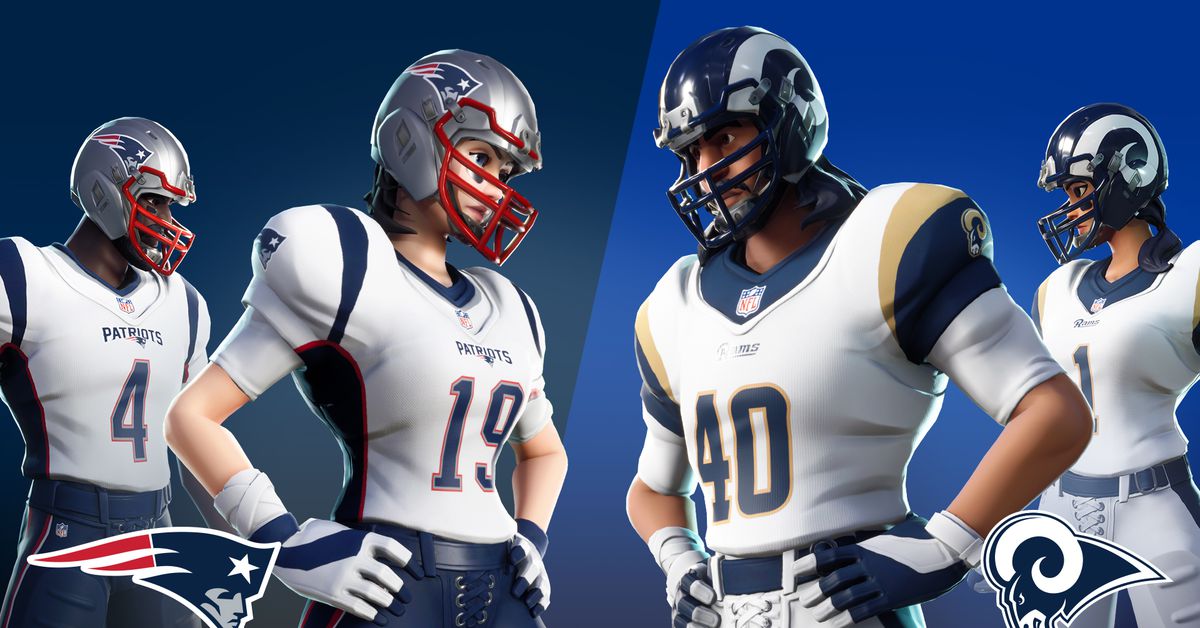 The items were wildly successful, but, as with all Fortnite cosmetics, they were only in the store for a brief time. Now, Epic is bringing the NFL uniforms back for a limited time. In celebration of their trip to Super Bowl LIII the Los Angeles Rams and the New England Patriots will also be getting a new white version of their uniforms to commemorate their trip to the big game.

The skins themselves will be available starting on Feb. 1 at 7 p.m. ET, though Epic hasn’t yet made clear when they’ll be removed from the shop again. Since the Super Bowl is on Sunday, Feb. 3, it’s safe to say they’ll last that long, though they’re unlikely to stick around long after that, since a new patch is likely to arrive on Tuesday.

Also coming to Fortnite in celebration of Super Bowl Sunday is the new NFL Rumble Limited Time Mode. The mode allows teams of 20 to face off against one another with everyone decked out in either a Patriots or Rams uniform, in Fortnite’s equivalent of the teams’ on-the-field competition.

BANGKOK (AP) – Thai authorities urged vigilance Friday as the country celebrates its first long holiday weekend after lifting most restrictions imposed to fight the spread of the coronavirus. No…

Jerome Adams, surgeon general: ‘If you want college football in the fall,’ wear a mask

U.S. Surgeon General Jerome Adams on Friday defended the Trump administration’s stance on not requiring masks at either of President Trump’s Fourth of July fireworks shows this weekend, while still…